5 youths arrested, P110K worth of ‘shabu’ seized at Quezon checkpoint 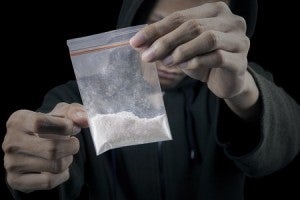 Police said a “confidential agent” tipped off authorities early afternoon Saturday that a man named “Jerome” and his companions, using a Toyota Corolla sedan, would deliver shabu to his contacts in Real.

Police said the car that the suspects used was registered to a resident of Baliuag town in Bulacan province.  SFM