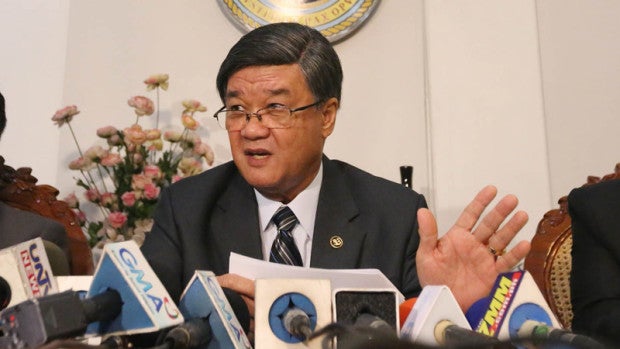 Two of the inmates testifying against the senator belong to the Bilibid 19—convicted robber-turned-singer Herbert “Ampang” Colangco and convicted kidnapper Noel Martinez, leader of the Genuine Ilocano, one of the biggest gang inside the NBP.

Bilibid 19 is composed of the high-profile inmates transferred to the National Bureau of Investigation (NBI) after authorities discovered that they managed to live a posh lifestyle despite incarceration. From NBI, the were moved to Building 14, a highly secure facility inside Bilbid’s Maximum Security Compound but is isolated from other inmates.

The Justice Chief said the inmates will testify how the money were collected from them which started in 2013 in preparation for de Lima’s 2016 Senate bid.

READ: De Lima in for a surprise, Alvarez says of House Bilibid probe

The inmates will also mention how convicted carnapper Jaybee Sebastian ordered them to collect funds and remit sales from drugs to De Lima’s campaign kitty.

“Inorderan sila ni Sebastian na magbenta ng 20-30 kilos (of shabu) a month para makaipon ng pondo…Nagkagalit galit nga sila dahil dun (Sebastian ordered them to sell 20-30 kilos of shabu a month to collect funds. They even had arguments because of that),” Aguirre said.

Despite living an equally posh lifestyle, Sebastian was not among the 19 inmates transferred to the NBI. He was only transferred to Building 14 in October last year.

Aguirre clarified that the inmates have their own lawyers. He said he has not spoken personally with the inmates and he has not promised any concession or benefits in exchange for their testimonies.

“They volunteered to testify. Their affidavits were handwritten and signed at naka video yan lahat (and these were all recorded in a video),” Aguirre said. RAM