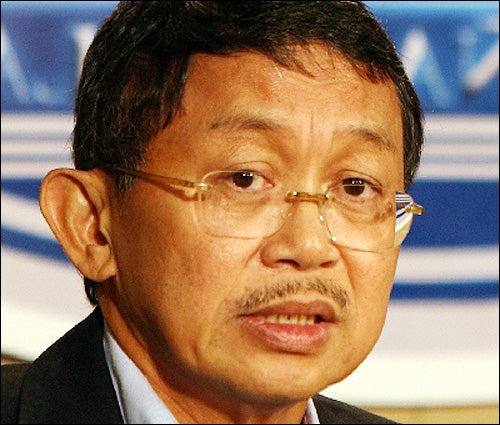 In a decision promulgated Sept. 9, the anti-graft court Fifth Division said it granted the demurrer to evidence filed by Neri to dismiss the graft case filed against him in 2010.

Neri was charged with graft for allegedly meeting with former Commission on Elections chairperson Benjamin Abalos and ZTE officials when the NBN project was still under assessment by the government.

Neri’s graft charges stemmed from allegations that from 2006 to 2007, he had lunch and played golf with ZTE officials and met with Abalos at the time the broadband deal was under review by Neda. Abalos was accused of lobbying for ZTE.

Neri was accused of having a financial interest in the project in violation of Section 3(h) of the Anti-Graft and Corrupt Practices Act when he met with ZTE officials, even though he as a member of the Cabinet was prohibited from having financial interests in any government contract.

“Here, we find the evidence of the prosecution insufficient to sustain the charges or justify a verdict of guilt. The prosecution failed to discharge the burden of proving that accused Neri violated Section 3(h) of the Republic Act 3019 by proof beyond reasonable doubt for its failure to satisfactorily establish that said accused had financial or pecuniary interest, directly or indirectly, in the subject NBN-ZTE deal,” the court said.

Neri faces a separate graft case before the anti-graft court Fourth Division for causing undue injury to government in the broadband deal. He was charged with former president now Pampanga Rep. Gloria Arroyo and former First Gentleman Mike Arroyo. The case is still subject to demurrer to evidence

Earlier, the anti-graft court Fourth Division dismissed Abalos’ graft case of having financial interest in the NBN project when he brokered the NBN deal with China.

However, the same division found NBN star witness Rodolfo Lozada guilty of graft in a separate charge of causing undue injury to government over an anomalous land deal when he was president and chief executive officer of the state-owned Philippine Forest Corp. (PFC) in 2007 and 2008. JE