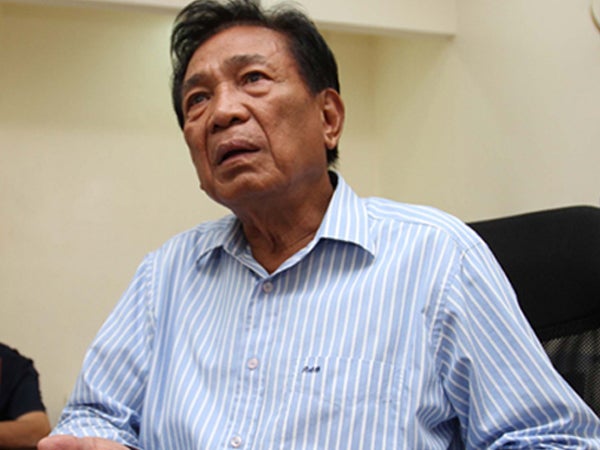 The anti-graft court division found Abalos not guilty of graft in the charge of allegedly brokering the national broadband network (NBN) project with China, having introduced China’s ZTE Corp. officials to then Finance Secretary Margarito Teves.

Abalos was found not guilty of violating Section 3(h) of the Anti-Graft and Corrupt Practices Act, which penalizes having financial and pecuniary interest in the transaction between government and the Chinese corporation ZTE.

Abalos as then Comelec chair was accused of “brokering” in behalf of ZTE for a fee or “commission.”

He was also accused of bribing National Economic and Development Authority (Neda) Director General Romulo Neri with P200 million for the approval of the project, as well as bribing Amsterdam Holdings Inc. (AHI) President Jose De Venecia III (son of former Speaker Jose De Venecia) with $10 million for his firm to back out from the project so that ZTE would bag the contract.

Abalos would later ask De Venecia for a partnership with ZTE for the latter to supply the transmission equipment, which De Venecia later ruled out opting to continue its project proposal for the broadband deal.

The graft case stemmed from allegations by whistleblower Rodolfo Lozada Jr. that Abalos lobbied for the ZTE Corp. to get the contract in exchange for a commission.

Lozada, who was involved in the project as Neri’s technical adviser, had said Abalos wanted to secure his $130-million commission for the project.

Lozada had also said the contract price for the project was signed by the government at $329 million, or $67 million more than the $262 million evaluation which Lozada himself had made as a technical adviser to Neri.

In its decision, the court said the prosecution failed to prove that Abalos brokered the deal for a fee.

The prosecution was only able to prove that Abalos brokered the deal between De Venecia and ZTE, and not between government and China’s ZTE.

“All in all, the evidence only proved that accused was brokering the collaboration between AHI and ZTE, where ZTE would supply equipments to AHI while AHI would contract with the Philippine government for the operation of the NBN,” the court said.

“It was not able to establish that he brokered the signed contract between ZTE and the Philippine government and that he did so for a fee,” it added.

The court said the prosecution’s failure to prove that Abalos brokered the deal for a fee “has rendered moot and academic” whether or not Abalos violated the anti-graft law.

“Accused Abalos is acquitted of the charge against him for failure of the prosecution to establish guilt beyond reasonable doubt,” the court said.

Abalos is a co-accused in another graft case with former President Gloria Arroyo, who was accused of approving the deal despite knowing its irregularities, and for having lunch and playing golf with ZTE officials while their broadband project proposal was still being assessed by government.

Abalos was charged for making a trip to China and becoming the “fortunate recipient of acts of generosity and hospitality” from a corporation which eventually entered into the $329 million contract with the government.

Arroyo was charged with two counts of graft and one count of breach of the code of conduct for public officials for her approval of the NBN deal.

Arroyo later canceled the project after a scandal over its supposed overpricing and the alleged bribery of public officials erupted. The project would have interconnected government offices nationwide through broadband technology.  CDG