newsinfo / Regions
Regions
ONE YEAR AFTER RELEASE OF ARREST ORDER 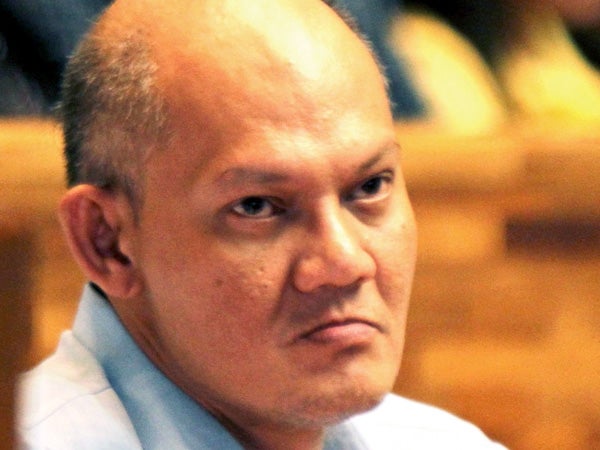 Atty. Eduardo Ramos Jr., a senior agent of the Anti-Illegal Drugs Division of the NBI, returned to the Sandiganbayan First Division the arrest warrant issued against Ecleo who was convicted of three counts of graft and corruption for anomalous projects when he was mayor.

Ramos said he was assigned by his chief on Aug. 28 last year to serve the arrest warrant against Ecleo.

But as of Aug. 30 this year, Ecleo has yet to be located, Ramos said.

Ecleo was ordered arrested after the court in 2006 found him guilty of graft and corruption over the anomalous construction of a public market and a municipal building, and the repair and rehabilitation of a building owned by his family’s cult while he was mayor of San Jose, Dinagat Island, in Surigao del Norte from 1991 to 1994. He was sentenced to 31 years in jail.

In 2012, Ecleo was sentenced to life imprisonment after he was found guilty of parricide for killing his wife Alona Bacolod-Ecleo in their home in Cebu City in 2002.

Alona was strangled to death by Ecleo at their home in Sitio Banawa, Barangay (village) Guadalupe, Cebu City on Jan. 5, 2002. Her body was found three days later inside a black garbage bag dumped in a ravine in Dalaguete town, southern Cebu.

Ecleo Jr. is the son of PBMA founder Ruben Ecleo Sr. Ecleo Sr. was called the Divine Master by members of the organization, which was widely perceived as a cult. IDL/rga