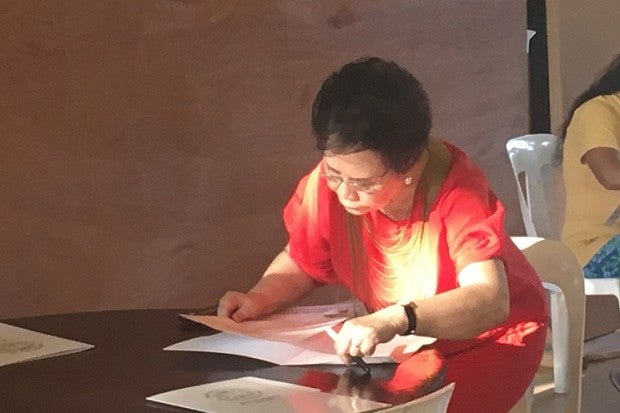 Contrary to some media reports, former Sen. Miriam Defensor Santiago, who has been battling lung cancer, is continuing her cancer treatment in a private room and not in the intensive care unit (ICU) of a hospital in Taguig City, her daughter-in-law clarified on Sunday.

“Sen. Miriam Defensor Santiago is in a private room of St. Luke’s Global, not in the ICU. She is currently being treated for her cancer and the family is hoping that she will fully recover. Thank you for respecting our privacy in the meantime. Thank you for continuously praying for her,” Mechel Santiago wrote on Facebook.

“She loves all of you. She is a fighter and will continuously fight this battle,” she added.

The 70-year-old Santiago was last rushed to the ICU of the Makati Medical Center in May due to complications of cancer, and was discharged after a week.

Santiago announced that she had lung cancer in July 2014, but announced last year that had already beaten the disease after undergoing a clinical trial for a new anticancer drug.

She ran for President but lost in the May 9 elections./rga