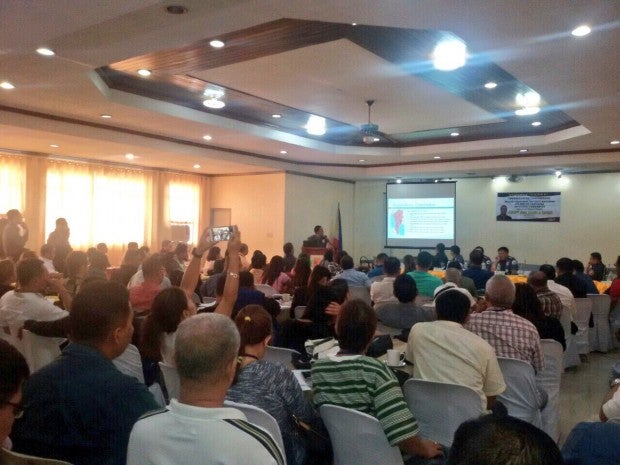 PNP Sosia holds coordinating conference with security heads of malls, hotels and schools in the country at Camp Crame on Wednesday. CONTRIBUTED PHOTO

The Philippine National Police’s Supervisory Office for Security and Investigation Agency (Sosia) has met with security managers of hotels, malls and schools in the country amid several reports of bomb threats following the deadly explosion in Davao City that killed 14 individuals and hurt 71 others.

The meeting was also aimed at “raising the level of consciousness and awareness” of all security personnel manning private establishments.

One of the attendees, Rodel Castillo, president of the Mall Security Management Association of the Phiippines, said they would require mall security guards to undergo a seminar familiarizing them with different types of bombs and spare parts of bombs.

“They need to be familiar with at least one part of a bomb so the guards could easily detect possible bombings,” Castillo said.

Pineda said hotel personnel were instructed to study each guests carefully, especially those paying huge amounts of cash and those who refuse to have their rooms cleaned by the housekeeping unit.

The PNP Sosia also urged the officials of private establishments to beef up their security by installing more closed-circuit television cameras and metal detectors.