90 gated QC villages next for Tokhang 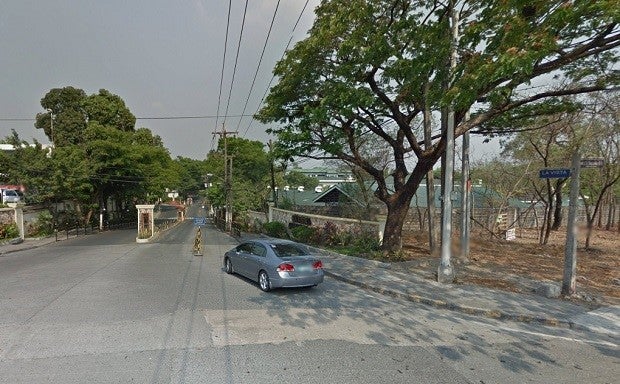 A car drives down a road leading to one of the many subdivisions in Quezon City. The police has announced that its antidrug ‘Oplan Tokhang’ will be taken into the gated villages in the city starting the third week of September. PHOTO FROM GOOGLE MAPS

STARTING third week of September, the Quezon City Police District (QCPD), in coordination with the local government and various homeowners’ associations, will take the antidrug campaign inside 90 gated subdivisions in the city.

This was the agreement reached in a meeting on Tuesday between the QCPD and the Alliance of Quezon City Homeowners Associations Inc. (AQCHAI).

The district director, Senior Supt. Guillermo Lorenzo Eleazar, said the 90 homeowners associations under AQCHAI would be drafting protocols on how the operations will be conducted.

Eleazar said he expected the association officials to provide the QCPD with relevant information prior to conduct of “Oplan Tokhang” in their communities.

AQCHAI president Gloria Soriano said their coordination with the police and the local government had so far been “very good and productive. We hope we will be successful in creating a drug-free city.”

She also expressed the association’s willingness to provide the names of drug suspects.

Eleazar assured Soriano and AQCHAI that “we will observe their right to privacy and other civil rights.”

“I’m calling a meeting with all the homeowners associations in Quezon City because they all need to be informed on what the police will do,” Belmonte said. “This meeting will hopefully clarify what we want to achieve with our coordination with them.”

She also assured the homeowners associations that they can trust the QCPD regarding “Tokhang” and that “they will be secured and protected.”

Over the past few weeks, other subdivisions in Metro Manila—particularly in Makati, Pasig and Parañaque—have conducted dialogues with the police before allowing them to conduct the antidrug campaign mainly by handing out leaflets to homeowners.