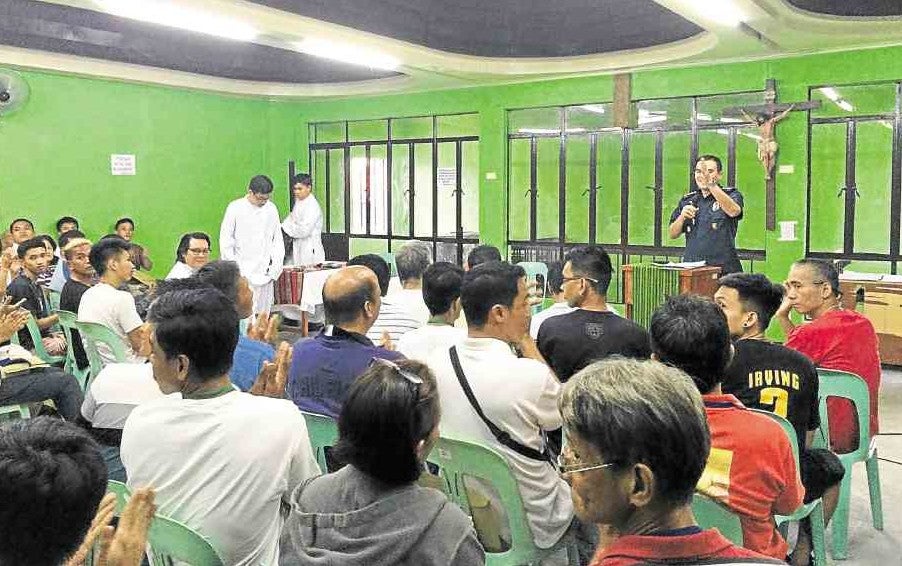 WHILE they are not yet blessed with enough rehabilitation facilities, some barangays in Quezon City are turning to the Bible to handle the swelling number of drug users who have surrendered and now need shepherding to start life anew.

Fifty-eight surrenderers from the eight barangays covered by the St. Joseph Shrine in Project 3 made up the first batch who completed a spiritual renewal and Bible sharing seminar held on Aug. 27 to 28.

One of them was “Edgar,” who finished the two-day program offered by the parish. “I am happy with the activity because it taught me to surrender myself to God again. It opened both my mind and heart,” said 42-year-old resident of Barangay Amihan, where village officials put him and his son on a watch list submitted to the police last month.

He claimed, however, that he has not been taking “shabu” or marijuana for the past few months. “I just wanted to come clean,” he told the Inquirer.

“I would like other (surrenderers) to discover the great things I learned through this experience,” Edgar said when asked about his plans after the seminar.

The St. Joseph parish priest, Fr. Ramon Eloriaga, said the church decided to hold the program since drug rehab centers in the city “were already filled to the brim.”

“I knew that some (of the surrenderers) would be needing more than the professional help that psychotherapists and psychiatrists can offer,” Eloriaga added. “Their spiritual (healing) is already 50 percent of their rehab. This will lead them to forget their addiction.”

He could tell that they were “determined to start anew” since the church and the police contacted them only once and yet they immediately answered the invitation to the seminar.

As additional encouragement, the parish raised funds to provide food for the participants and their families.

The 57 men and one woman who showed up celebrated Mass, received the sacrament of confession, and got “love letters” from their families who Eloriaga said, “missed their ‘old’ fathers, husbands, sons and family members.”

The Quezon City Police District (QCPD) chief, Senior Supt. Guillermo Lorenzo Eleazar, agreed that a “faith-based”  intervention would be best for the surrenderers while the city’s rehab centers are coping with the number of confessed drug users yielding under the Duterte administration’s antinarcotics campaign.

Eleazar, who graced the last day of the seminar, noted that out of the more than 1,000 drug suspects arrested by the QCPD, 40 percent are earlier registered as surrenderers under the “Oplan Tokhang” drive.

“Out of every 10 persons who undergo drug dependency evaluation, seven need counseling while three need rehabilitation,” the official explained.

For those requiring counseling, the local government offers 24 sessions stretched out for three months. For those in need of rehab, City Hall runs a center known as Tahanan in Barangay Payatas, which can accommodate only 300 patients and is now operating in full capacity.

Given these limitations, Eleazar said, the help being extended by St. Joseph Shrine would mean a lot to the community. “We hope that what they did here will be replicated in other communities not only in Quezon City but across the country.”