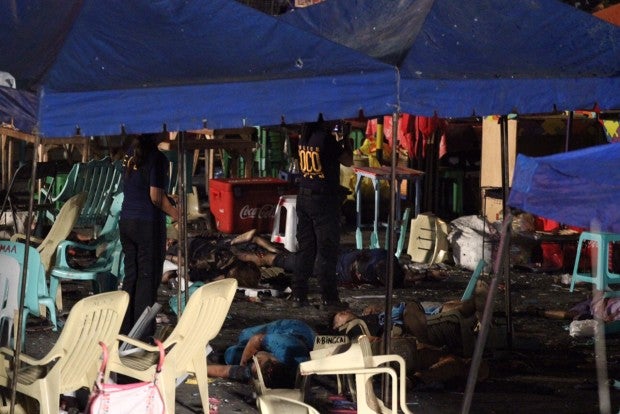 At least 10 people were killed in a powerful blast that ripped through a night market in Davao City on Friday evening. KARLOS MANLUPIG/INQUIRER MINDANAO

DAVAO CITY, Philippines—Vice Mayor Paolo Duterte said he saw five females and five males as among those killed in the explosion in a night market here Friday night.

(They say [the cause] is LPG. It needs to be confirmed. The bomb squad and EOD [have yet to issue a statement].”
Hundreds of people go to the night market which features street food, massage and rows of ukay-ukay stalls.
The explosion happened some 100 meters away from the Ateneo de Davao University. TVJ