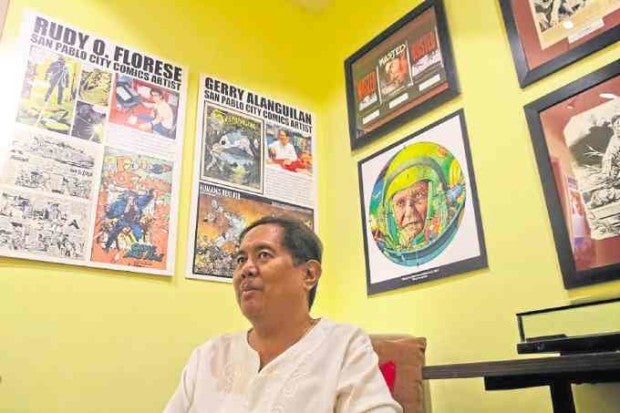 GERRY Alanguilan is on a mission to save Philippine comics from oblivion. The museum he established in San Pablo City in Laguna province aims to educate people about the rich history of “komiks,” through the works of local artists.  ALL PHOTOS BY KIMMY BARAOIDAN 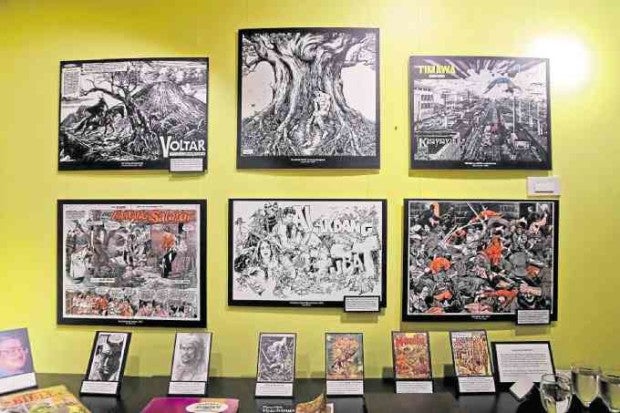 It was in 2000 when comic book artist Doroteo Gerardo “Gerry” Alanguilan Jr. was approached by young artists eager to show him their work.

“These were all manga-inspired,” he said, referring to the Japanese comic art style.

Alanguilan, who had worked with Marvel Comics and DC Comics as an inker, quizzed the young artists on their knowledge of Filipino comics and artists: Did they know National Artist Francisco Coching or comic book artists Nestor Redondo and Alex Niño? He was met with furrowed brows, as if he were speaking a different language.

“I cannot blame them … because they do not know the history of our comics,” he said.

That was when the artist, who is based in San Pablo City in Laguna province, began to dream of building a museum dedicated to Filipino comics.

Without a physical space to showcase a collection he will build, Alanguilan turned to cyberspace and created a virtual museum. He collected vintage comics and artworks, which he scanned and uploaded.

To date, The Philippine Comics Art Museum (http://www.alanguilan.com/museum) has more than a thousand pieces of artwork. 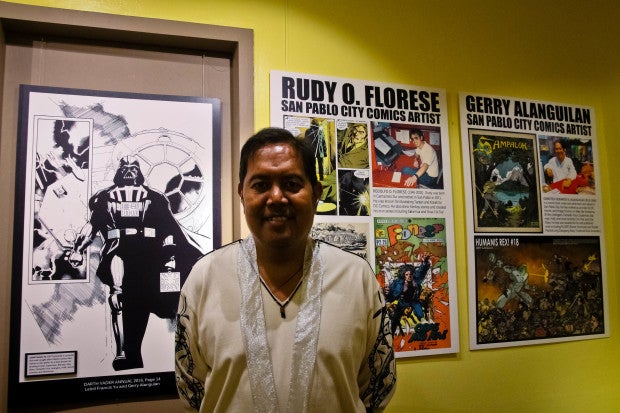 Eventually, Alanguilan said, he would have an actual museum. Sixteen years after that encounter with young artists, he finally built one to educate budding artists about the rich history of this genre of Philippine art.

Last month, Alanguilan opened the doors of Komikero Komiks Museum in San Pablo, displaying the works of Filipino comic artists, including his own. The museum is found at Tia Maria’s Sining at Kultura, a gallery café owned by architect Laurel Manuel Barte and his wife Maryrose, at the city center.

Alanguilan’s works are displayed on one side of the room, which also features those of Coching’s and Florese’s, another San Pablo-based artist. These will be permanent features of the exhibit, while the rest of the space will host a rotating exhibit to feature other artists.

Upcoming artists and those from other areas outside of San Pablo can hang their works on the walls, said Alanguilan, who is also the curator. 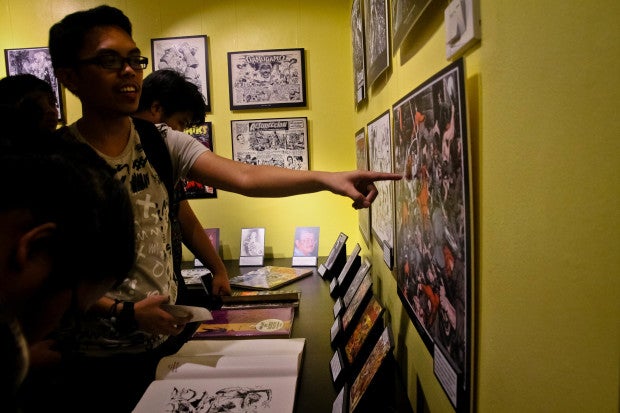 Guests view a display of comic books and other artworks during the opening of the Komikero Komiks Museum in San Pablo City, Laguna. 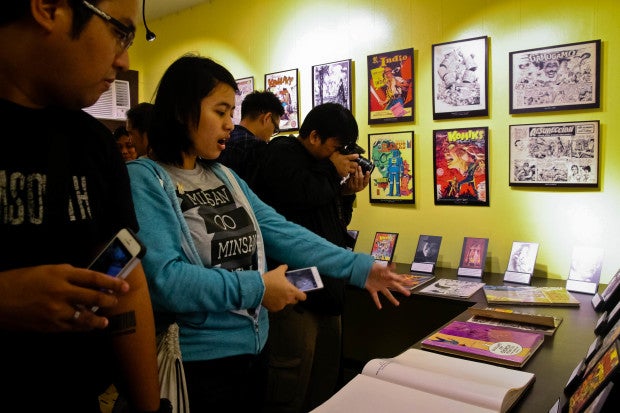 Guests view a display of comic books and other artworks during the opening of the Komikero Komiks Museum in San Pablo City, Laguna.

“This is Ground Zero. [This will help] people, who are starting to gain interest in local comics, see our past, where it has been, so they can see where it is going,” said Lyndon Gregorio, the artist behind the Beerkada comic strip, during the museum opening.

Marites Castro, tourism accreditation and information services division chief of the Department of Tourism in Calabarzon region, said the comics museum could be part of destinations for students on educational trips. It can help cultivate cultural awareness so the youth would learn to appreciate Filipino art, she said.

The 1990s saw the decline of the local comics industry. That was also the time when Alanguilan and other local artists started publishing by themselves. When they learned that they were doing the same thing, they came together to organize a comic book convention.

From their combined efforts, the comics industry was given a new lease on life, spawning a new generation of artists and enthusiasts. Comic book conventions have been held around the country and publishing one’s work online has become easy.

But Alanguilan remains grounded. He does not see Filipino comics today to match the popularity that the industry reached until the 1980s, when generations of Filipinos grew up reading komiks rented out by neighborhood sari-sari (variety) stores. 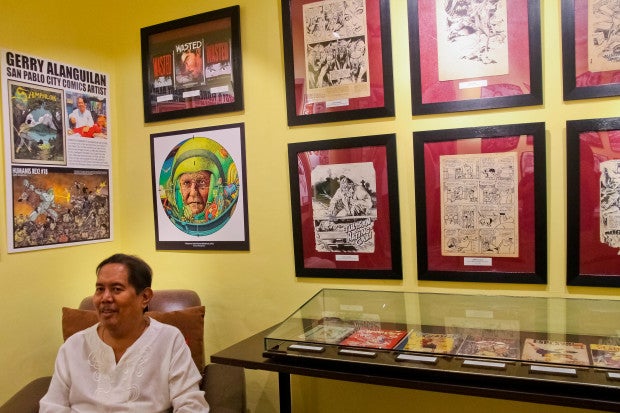 For a long time, comics was seen as “throwaway entertainment,” something to wrap smoked fish with, as Alanguilan put it. He said it was unthinkable that elaborately drawn and detailed comics were easily thrown away and discarded during the 1950s and 1960s.

Alanguilan believed that comics can be viewed as an art form, something that is not disposable.

“It can have enduring stories. It can have value as literature. It can stand the test of time. It can be considered on the same level as other forms of art, like painting,” he said.

People are starting to see the value of local comics now, Alanguilan said.

A quick search at a popular online auction site would yield works by Coching, fetching bids of up to P5,000 per issue, he said.

“The positive thing … is [that] people are now taking care of their comics, even if it is only for financial reasons,” Alanguilan said.

The internet has helped self-publishing artists like Alanguilan promote their work. Newspaper and television advertisements are costly, so the internet provides a cheaper way for artists to bring their work to the public.

When Alanguilan made one of his works, “Elmer,” available online, his audience grew and people started seeking his work.

The downside though is piracy. He said his work, “Wasted,” was free and available online but this was sold by “pirates” without his permission. He would rather that his comics are distributed free online.

Alanguilan said while computers and the internet have made creating and distributing comics easier and convenient, printed comics will not go the way of the dinosaurs, at least not just yet. People, he said, still wanted printed copies of his work even if they can access it online.

“And I think there are many of us who still do,” he said. 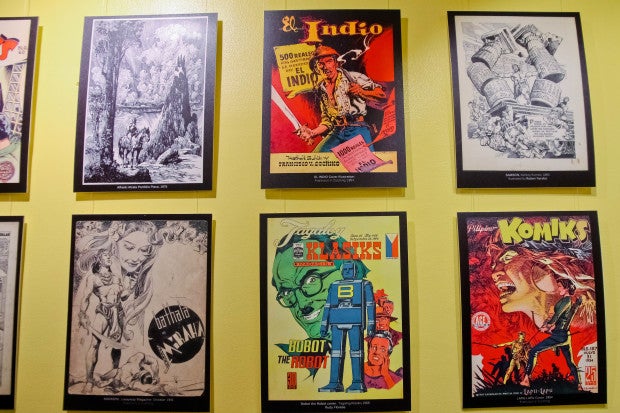 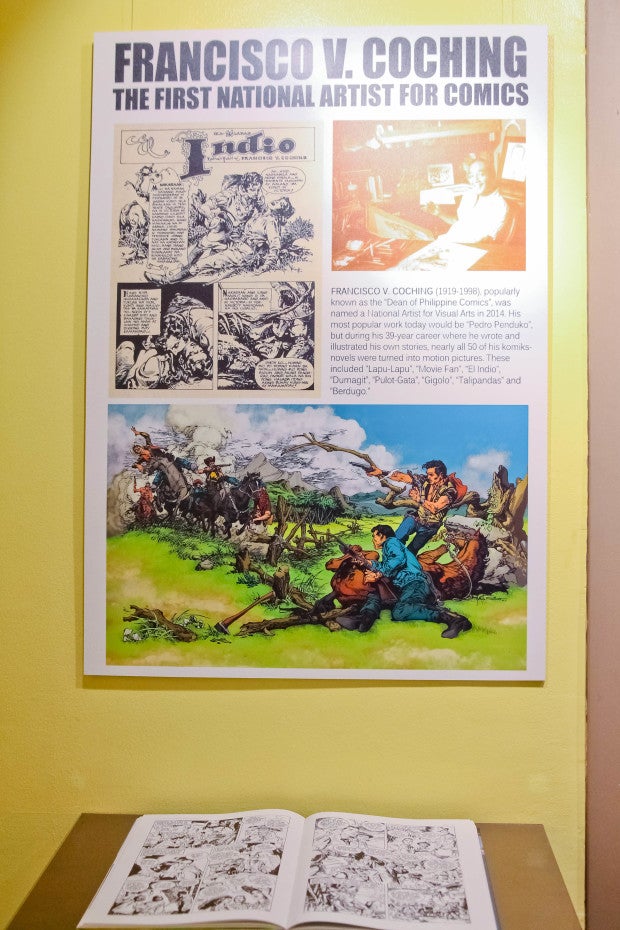