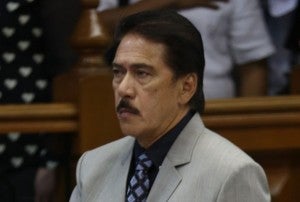 MANILA — The Senate ethics committee has started tackling the complaint against Sen. Leila de Lima, with members given “homework” in studying the case so the body could later decide if it had jurisdiction on the case.

Sen. Vicente “Tito” Sotto III, chair of the Senate committee on ethics and privileges, said the members were apprised of the complaint on Tuesday, and all agreed to keep the proceedings confidential.

It is the first case that the body will investigate against a member of the chamber under the 17th Congress. The complaint, filed by lawyer Abelardo de Jesus a week ago, cited De Lima’s alleged drug links, as earlier bared by President Duterte.

The President and the senator have been on a war path since the outspoken De Lima initiated an investigation into Mr. Duterte’s bloody war against drugs, suspecting that hundreds of drug pushing suspects were summarily executed since Duterte assumed office.

De Jesus said he did not have personal knowledge of the allegations but believed the ethics body was the “proper forum” to investigate the case.

“We informed the members officially that there is a complaint filed against a Senator. We decided to keep it confidential because it might be premature publicity,” Sotto told reporters after leading the organizational meeting on Tuesday afternoon.

“So, therefore, in fairness to everyone, to all concerned, we’d rather that we keep it confidential,” he said.

Without giving fixed timelines, Sotto said the seven-member committee would next decide whether the case “is within form and substance.” A crucial point is whether De Lima’s alleged offenses, which she had repeatedly denied, happened before she became senator, or if these are continuing offenses.

“That is an issue on jurisdiction… That is why it is not easy for us to make a decision. Besides, the decision earlier by the committee is that if ever we are to decide on anything that will relate to the complaint, we will make sure all 7 members are present,” he said.

“The senators’ homework is that they bring the complaint home to study it. I also gave them a copy of the rules, they will also study it,” he said.

Asked to comment, De Lima said the complaint was “just again one of those harassment tactics being hurled against me.” She said there were other acts being committed to taint her name, but she opted not to disclose them yet.

“…[T]hey have been destroying already my character, my reputation, etcetera. And maybe they’re trying to break my spirit, but they will never succeed. That will not happen,” she said.

She, however, expressed deference to the committee.

“I leave it up to them. I’m sure they’re also studying that. I respect them as my colleagues. I know that they know what to do,” De Lima said.  SFM