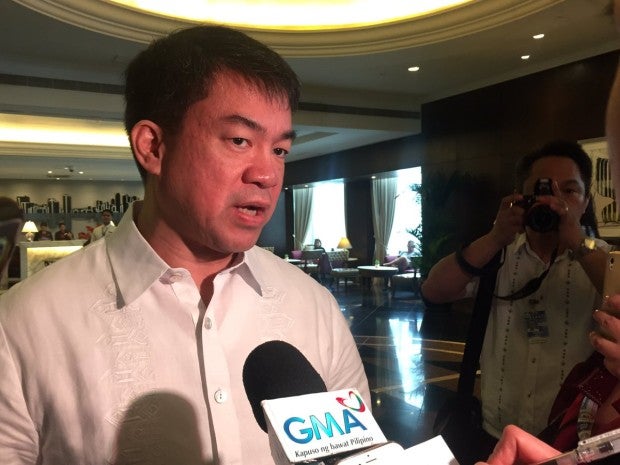 Senate President Aquilino “Koko” Pimentel III said on Tuesday it is preferable for the Philippine government to pass a law first before constructing nuclear power plants.

“Wala po tayong problema dyan but because of the huge expenditure involved, plus the controversial nature of the decision, I believe we need a law to be in place before we can pursue a nuclearization of our energy sector,” Pimentel said at the sidelines of the Conference on the prospects of nuclear power in the Asia-Pacific region.

The event was attended by officials, academicians and experts from 18 member countries of the International Atomic Energy Agency (IAEA).

Pimentel clarified to media that the Philippine Constitution only prohibits nuclear weapons.

“This conference is about civil or civilian use, peaceful use of nuclear power in the form of nuclear energy producing power like electricity,” he said.

During his welcome statement, the Senate President said the Philippines needs “clean, cheap, and reliable sources of energy.”

“We want our countrymen and future generations to enjoy modern conveniences without sacrificing the purity of the environment,” he said.

Pimentel said that one alternative to fossil fuel is nuclear energy.

“Nuclear power offers so much potential. Many countries have benefitted from it,” he said.

However, he warned that it can have “very serious negative consequences, especially in a country located in what is called the Pacific Ring of Fire.”

He said the Philippines should study its prospects carefully.

“Our conclusions must be based on scientific evidence and not on political or ideological considerations,” he said.

The use of nuclear power in the Philippines has long been a controversial issue.

At the center of the controversy is the 630-megawatt Bataan Nuclear Power Plant (BNPP), which was constructed during the time of the late strongman Ferdinand Marcos.

It was mothballed because of questions about safety as there were claims that the power plant was built near a geological fault line. There were fears that a nuclear disaster like that of Chernobyl would happen to the Philippines.

Among the environmental groups opposing the plans to consider nuclear energy for the country is the Philippine Movement for Climate Justice.

“Nuclear energy while it is not a major contributor to climate change poses more danger to humanity than any kind of calamity or disaster known,” the group said in a statement. JE