In Pampanga, all heroes are remembered

ANGELES CITY—Many Pampanga men and women, who fought tyranny from the Spanish colonial rule to the Marcos dictatorship, have been plucked from obscurity by the research work of a university here, enriching the observance of National Heroes’ Day.

The local heroes are featured in “99 Memorable Kapampangans” and “Brave Hearts,” both special issues of “Singsing,” a publication of the Center for Kapampangan Studies (CKS) of the Holy Angel University here. Singsing copies are distributed to public school libraries.

“We have brought out the untold heroism of our local heroes. Some of them are being introduced to the nation like the young man from Macabebe who was the first to die for freedom during the first intrusion of Spanish colonizers in Manila [in 1571],” said Robby Tantingco, CKS executive director.

Local heroes have a place on National Heroes’ Day because the law establishing its annual celebration did not provide a list of definitive Filipinos.

“This lack of specifics offers an opportunity to celebrate the bravery of not one, not a few, but all Filipino heroes who have braved death or persecution for home, nation, justice and freedom,” the government said in its Official Gazette.

“99 Memorable Kapampangans,” which was published in 2006, hails Malangkit and his descendants for organizing the precolonial Kapampangan society. Silversmith Panday Pira of Apalit town shaped tools for war and agriculture.

Juan Manila of Candaba town was one of  the first to revolt against Spanish abuses. Francisco Maniago led the Kapampangan Revolt of 1660 that sparked uprisings in Northern Luzon. Agapito Conchu, a Chinese mestizo of Guagua, was one of the 13 martyrs executed in Cavite in the 1896 Revolution of the Katipunan.

Gen. Francisco Makabulos of Tarlac liberated his province and Pangasinan from Spanish rule, and undertook guerrilla activities against the Americans.

Gen. Servillano Aquino of Angeles began the tradition of patriotism in his clan down to his grandson, Sen. Benigno Aquino Jr. whose assassination on Aug. 21, 1983 sparked the People Power Revolution in 1986 and restored democracy.

Gen. Maximino Hizon, scion of a rich family in Mexico town, joined the Katipunan and led difficult missions, including the recapture of Manila from the Americans.

Women were not mere bystanders as Philippine history unfolded.

Nicolasa Dayrit prevented what would have been an all-out war between Luna and Gen. Tomas Mascardo. Matea Sioco was a major financier of the Philippine revolution while Adriana Hilario distributed propaganda materials. 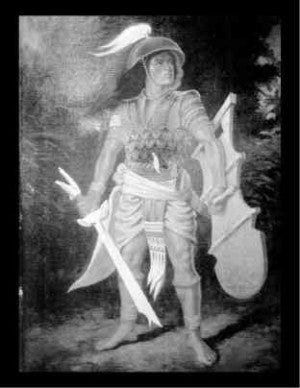 Valentin Ventura of Bacolor financed the printing of the “El Filibusterismo.”

Tiburcio Hilario and his brother, Cecilio, were trusted friends of Rizal. When they refused to testify against the national hero, they were exiled in Mindanao.

The brothers Pedro and Jose Abad Santos were ideologically opposed: Pedro embraced socialism; Jose adhered to democracy as chief justice. Pedro died in a Huk territory in Minalin town. The Japanese executed Jose in Lanao del Sur. In death, they suffered a common tragedy—their remains have never been found.

The theme that ran through “Brave Hearts,” published in 2015, is that the country’s fiercest freedom fighters and revolutionaries came from a province trusted and pampered by colonizers.