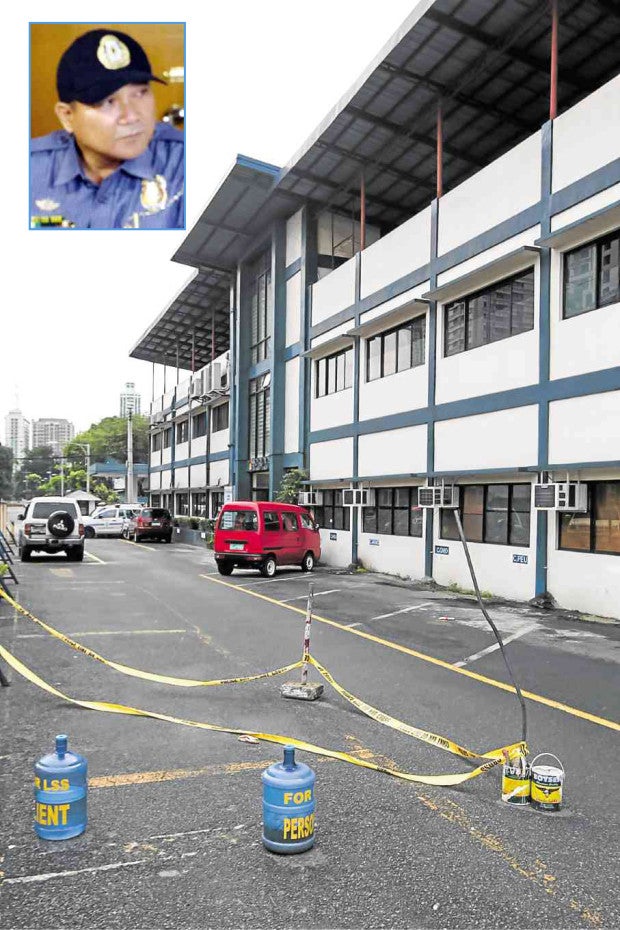 “TROUBLED.” PO3 Jeremiah de Villa was heard shouting before plunging to his death from the roof of the Police Security and Protection Group building inside Camp Crame on Saturday morning. LEO SABANGAN

The day before PO3 Jeremiah de Villa fell to his death, he repeatedly said “sorry” to his family and to the lawyer defending him and a fellow officer against complaints that they murdered a motorist they arrested late last month.

De Villa was last seen alive around around 8:35 a.m. on Saturday at Camp Crame, writing on the security logbook and entering the Police Security and Protection Group (PSPG) building, his earlier unit before his transfer to the Highway Patrol Group (HPG) of the Philippine National Police.

About half an hour later, witnesses said, they heard someone shouting and then saw De Villa lying still on the ground.

The officer, who fell from the building’s roof, was pronounced dead at the PNP General Hospital at 9:45 a.m.

De Villa’s death was ruled as a suicide by the PNP, which had placed him under restrictive custody along with fellow HPG member PO2 Jonjie Manon-og over the July 29 killing of John dela Riarte, a motorcyclist they arrested when he figured in an altercation with a car driver in Makati City.

In the officers’ version of the incident, they were taking the violent, cursing Dela Riarte to Crame in their patrol car when he tried to grab Manon-og’s gun, prompting De Villa to shoot him.  Autopsy reports later showed that Dela Riarte was shot in the chest, abdomen, and right thigh.

The Dela Riarte family pressed murder charges against the two officers in the Department of Justice (DOJ). On Friday, De Villa and Manon-og filed counteraffidavits in their defense at the DOJ, just a few feet away from Dela Riarte’s sister and girlfriend who held up a photo of the slain John for the officers to see.

PO3 Joaquin Rafael Florendo, the officer investigating De Villa’s death, said De Villa was alone when he went up the building based on the lone set of footprints found on the roof. His slippers and cell phone were later found in the same area.

Florendo, a member of the PNP Criminal Investigation and Detection Group, said the initial accounts and findings indicate suicide.

“We think is he was suffering from low morale” because of the case against him, Florendo told the Inquirer in an interview.

De Villa’s private lawyer, Maritoni Renee Resurreccion, said the last time she saw her client at the DOJ on Friday, “he just kept saying, ‘Sorry, sorry for everything.’”

“We know he’s really troubled because of the negative publicity that he feels is affecting the reputation of the PNP and his family,’’ Resurreccion said in an interview.

“We explained to him what happened was a consequence of his performance of his lawful duty, that we believe in what he’s saying. But he kept apologizing,” the lawyer said.

“I’m convinced he was sorry that he performed his lawful duty and as a consequence someone died,” she said.

In a radio interview, the HPG director, Senior Supt. Antonio Gardiola, ruled out foul play in De Villa’s death. “It was a suicide.”

“He was affected because his mother also died (recently) because of the stress,” Gardiola added.

Asked why De Villa was apparently allowed to roam the camp without any guard though he was under restrictive custody, Gardiola explained that De Villa and Manon-og were not “in detention” and may move around freely as long as they are granted permission.

“Restrictive custody means we just know where he is. The purpose is to have him ready anytime he’s called for the investigation,” he said.