But there are far more Filipino heroines who have shaped our national history in their own noble ways, beyond what are written in our elementary textbooks.

In commemoration of National Heroes Day on Aug. 29, Inquirer.net honors seven lesser known female heroes whose contributions do not mean anything less to the nation:

Also known as “Lola Mameng” and “Kumander Guerrero,” Tapang was the last living high-ranking female commander of the Hukbong Bayan Laban sa Hapon (Hukbalahap), a guerrilla group that fought Japanese forces in World War II. Tapang passed away at the age of 92 in June last year. Hukbalahap chief Luis Taruc was said to describe Tapang as “big-bodied woman with a man’s strength, fond of wearing a man’s clothes, adept at handling an automatic rifle, and would command on the firing line.”

She participated in the successful Battle of Mandili in Candaba, Pampanga, against the Japanese in 1944 and led several encounters in Arayat, Pampanga. Tapang was survived by her only daughter, grandchildren, and great grandchildren. 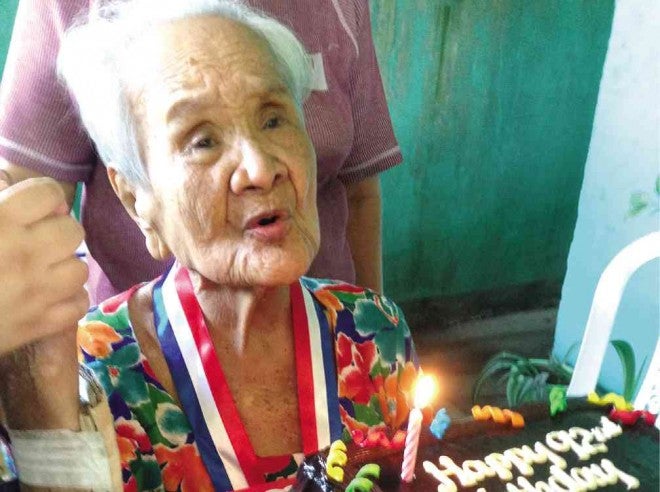 Henson was the first Filipina to publicly share her story as a comfort woman during the Japanese occupation. About 1,000 Filipino women were forced into sexual slavery in “comfort stations” in the country, where they were abused by the Japanese military. Henson, for her part, inspired many other comfort women to speak up and share their tales through her book “Comfort Woman: Slave of Destiny” published in 1996.

READ: Rape no laughing matter under any context

In her first person account, Henson narrated how Japanese soldiers lined up and took turns in raping her. Henson died at the age of 69 in 1997.

Born to an ilustrado or wealthy family in Iloilo, the Spaniards did not suspect Gamboa of being a member of the revolutionary movement. She secretly read the writings of revolutionary propagandists like Jose Rizal and Graciano Lopez Jaena. Gamboa functioned as “intelligence agent” and secretly raised funds for the revolutionaries, apart from serving as Red Cross nurse for those who were wounded in battle. Despite heavy surveillance from Spanish soldiers, she also volunteered to deliver the Philippine flag to the inauguration of the revolutionary government in the Visayas at the Santa Barbara headquarters by wrapping it under her garments.

Fondly called “Joey,” Guerrero served as spy for the Americans and allied forces during World War II. What made her an effective surveillance asset was her leprosy, a dreaded disease that forced people to stay away from her. Guerrero successfully relayed important pieces of information, secret messages, as well as supplies to soldiers without being caught and much quizzing from enemies.

Known as the “Joan of Arc” of the Visayas, Magbanua was described to be “tomboyish” as a child because of her inclination to physical activities and her preference for the company of boys. And so when the revolution broke out, she joined her brothers in the Katipunan forces and led a group of revolutionaries against American forces. In the Japanese occupation, Magbanua sold her properties to fund the guerrilla movement.

One of the more popular heroines in this list is Tecson, dubbed as “Mother of Biak Na Bato.” Among her feats was defending the entrance to the said fort in San Miguel, Bulacan, with her husband Julian Alcantara. Tecson joined the revolutionary movement when she was already 47 years old and fought alongside male Katipuneros in her Katipunero outfit. She also aided in the capture of weapons in Caloocan, Rizal and San Isidro, and led other women in nursing wounded soldiers.

Called “Henerala Agueda” by her colleagues, Kahabagan was the first and only female general of the armed forces of the Katipunan and the Tagalog Joan of Arc. Often armed with rifle and bolo, Kahabagan fought against the Spanish and American forces. She was commissioned by Gen. Miguel Malvar to lead a detachment of troops. One of her notable fights was against the Spaniards in the San Pablo garrison in 1897. She also fought alongside Gregorio del Pilar against the Americans in Southern Tagalog. Kahabagan was conferred the title “general” in 1899. YG