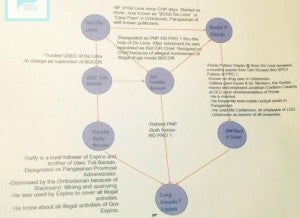 DAGUPAN CITY, Pangasinan — Former Pangasinan administrator Rafael Baraan said he was shocked about being included in a “drug matrix” that President Duterte had made public early Thursday, to show the government officials who were protecting drug trafficking from the New Bilibid Prison.

“Aside from Congressman [Amado] Espino [Jr.] and my own brother, [former Justice undersecretary Francisco] Baraan [III], I am also included in that drug matrix?” said Baraan in a text message.

“This is the biggest and most fantastic joke I’ve ever encountered in my whole life,” he said.

According to the matrix, Espino, who was then Pangasinan governor, allegedly used Baraan as cover for his alleged illegal activities. Espino had been charged with plunder for illegal mining. 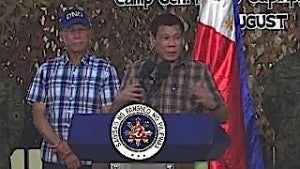