Hundreds willing to wait in line for hours to get a taste of Jollibee at first store in US Midwest
11:13 PM August 24, 2016 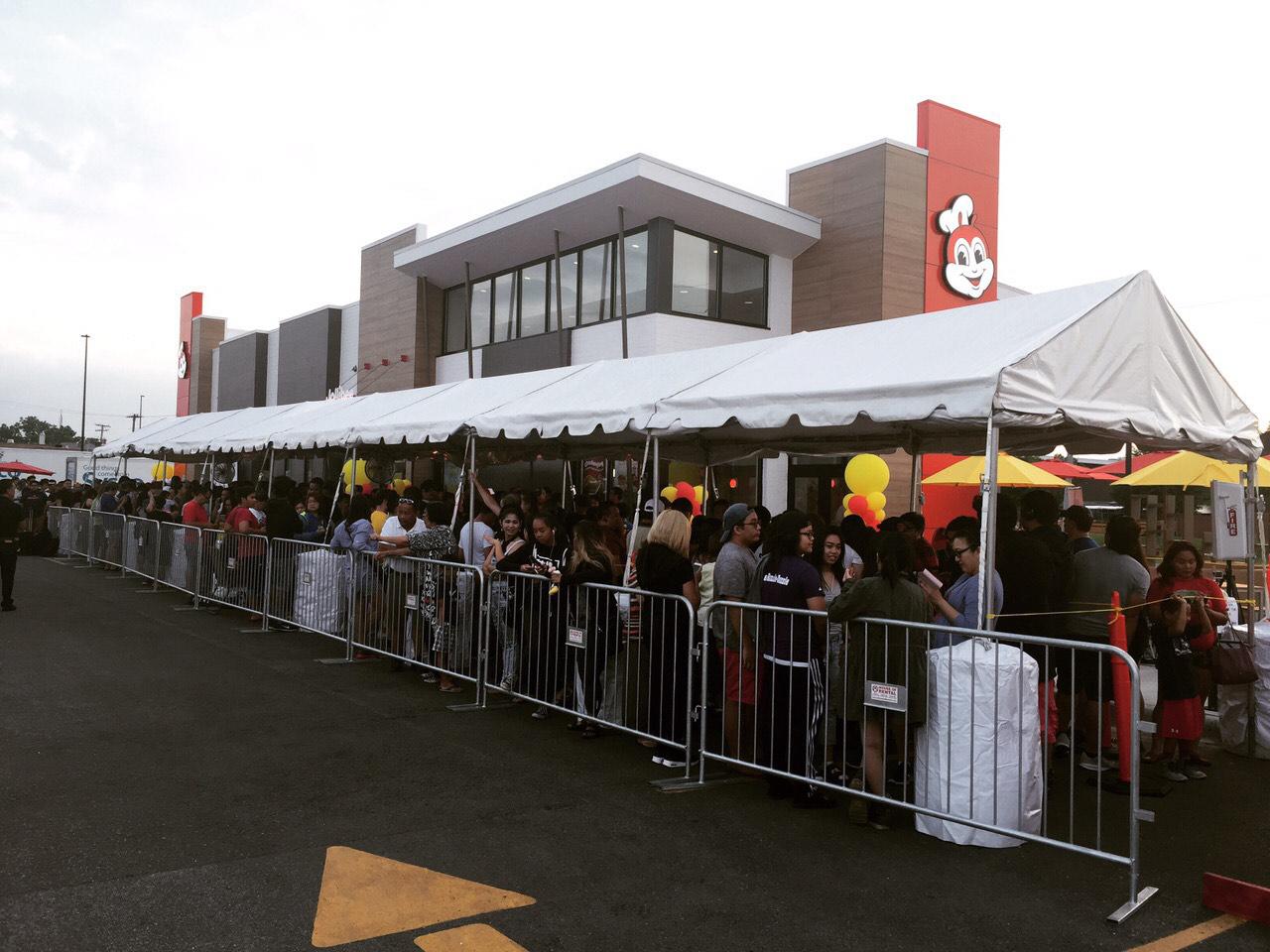 It has been three weeks since Jollibee opened in Skokie and still the lines are not getting any shorter – a certified warm Filipino welcome for everyone’s best friend.

It has been three weeks since Jollibee first opened its store in Chicago, Illinois but the clamor has yet to die down. The suburb of Skokie is still seeing long queues of Filipino-Americans and Americans alike lining up for hours just to get a taste of Jollibee’s signature treats. 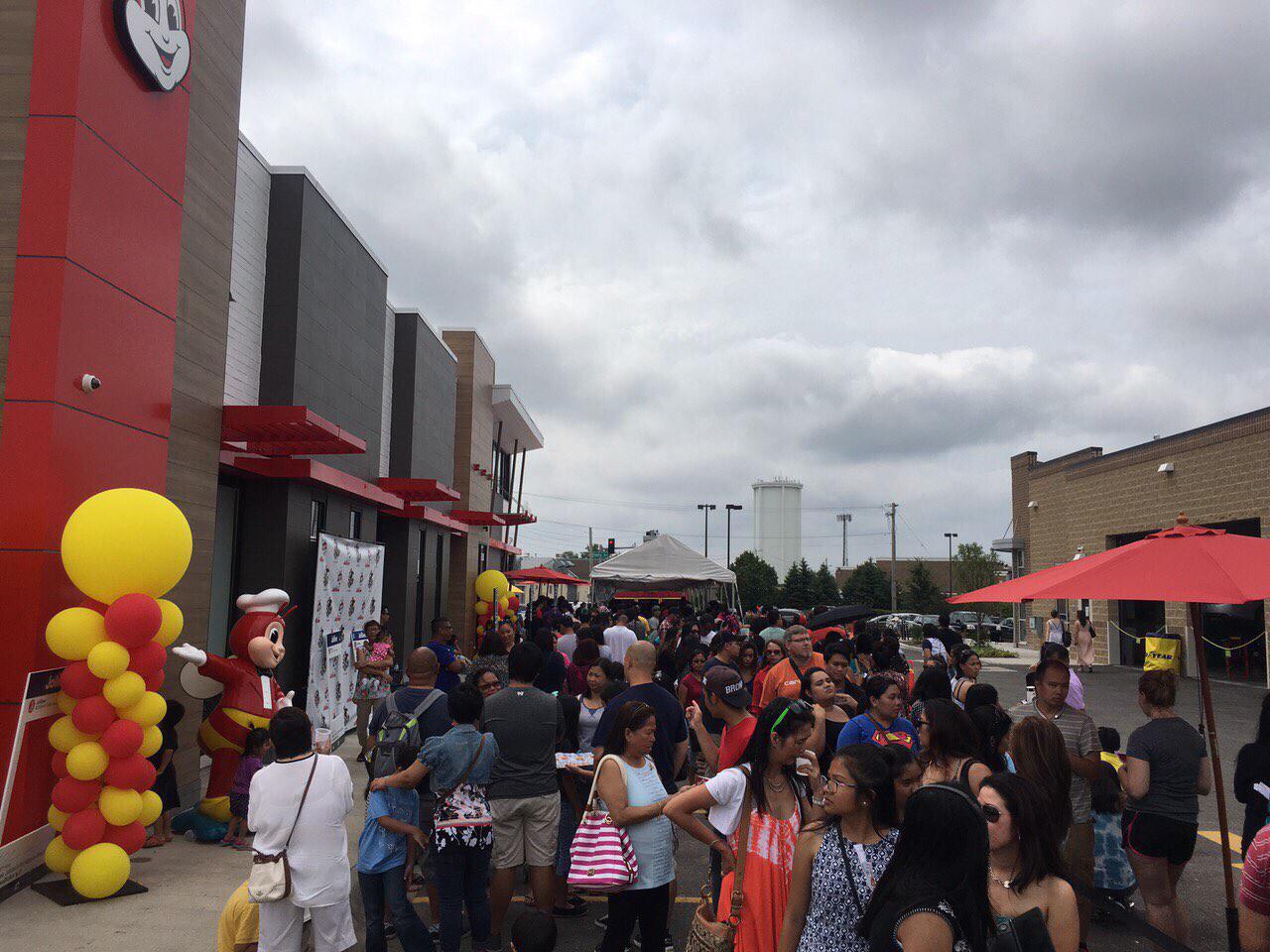 The lines at the new Jollibee store in Skokie, Chicago are still long with Filipinos braving bad weather just to get a bite of that crispilicious, juicylicious Chickenjoy.

The very first store in the US Midwest opened in July 29, to an overwhelming welcome from the Filipino-American community, with customers willing to camp out or drive for hours, just for a bite of their well-missed Chickenjoy, Jolly Spaghetti and peach mango pies from Jollibee. Every day since the brand opened, long lines would form outside the store, anticipating its opening, prompting the store to put up tents to shield the customers from rain and heat. This opening created such a buzz in the Filipino-American community that residents have been regularly expressing their excitement on social media. 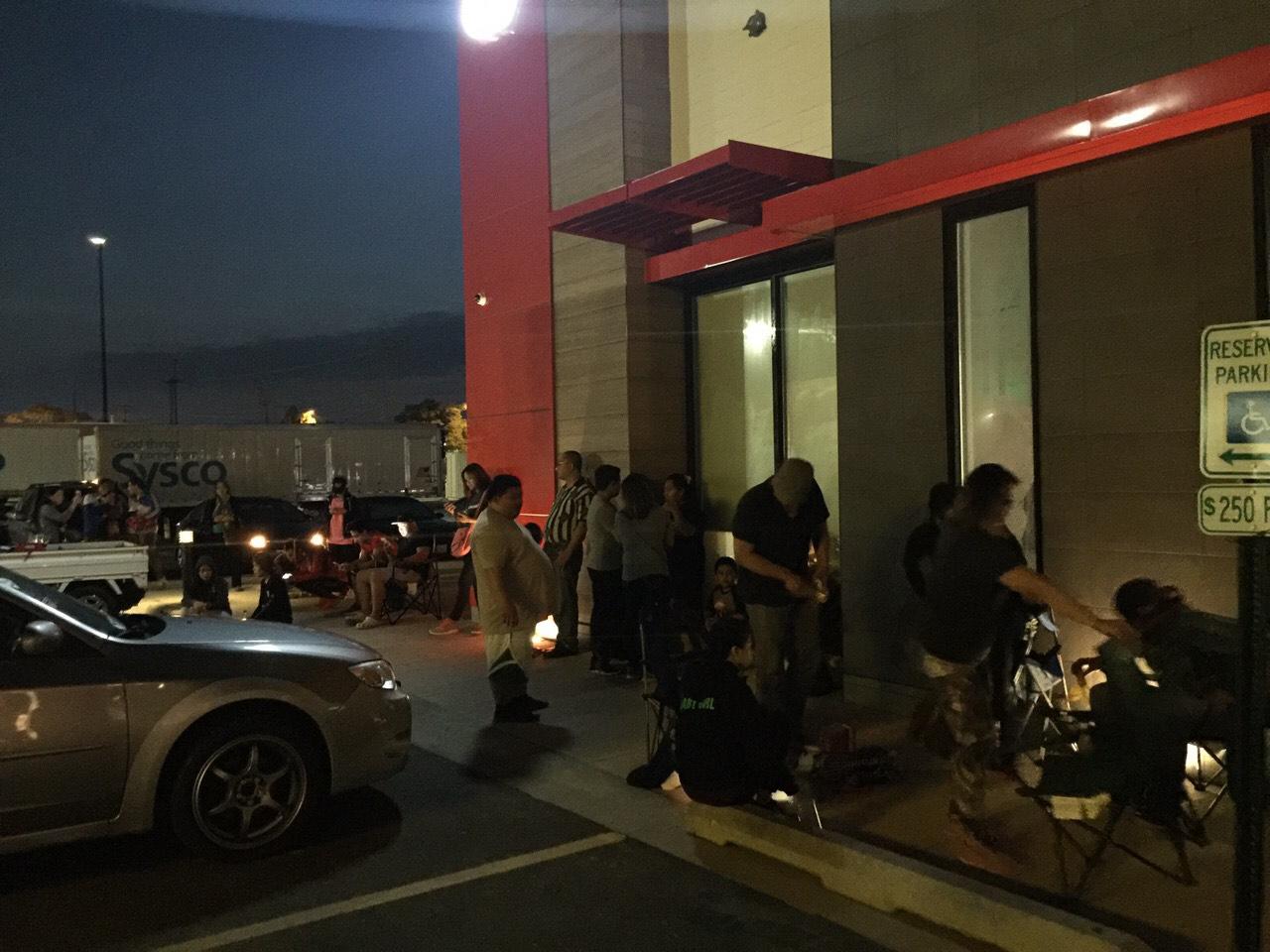 It’s something the US Midwest has never seen before! Filipino-Americans camp out outside the Jollibee store in Skokie, Chicago from the night before its opening.

The store opening was attended by Jollibee’s founders, along with the Mayor of Skokie, George Van Dusen and Clark Street Development representatives. “I’m learning today that Jollibee is not just a restaurant. It’s a tourist destination,” said Skokie’s mayor, George Van Dusen, eliciting laughter and applause from the predominantly Filipino crowd.

The unbelievable queues, which could last for a couple of hours and probably the longest for a restaurant opening in the Midwest, have caught the attention of television networks and popular news sites.

More than the food, it is the sense of home, of community, of belonging that brings in all the Filipino-Americans together at every Jollibee store that opens abroad, CBS anchor Jim Williams said in his report. 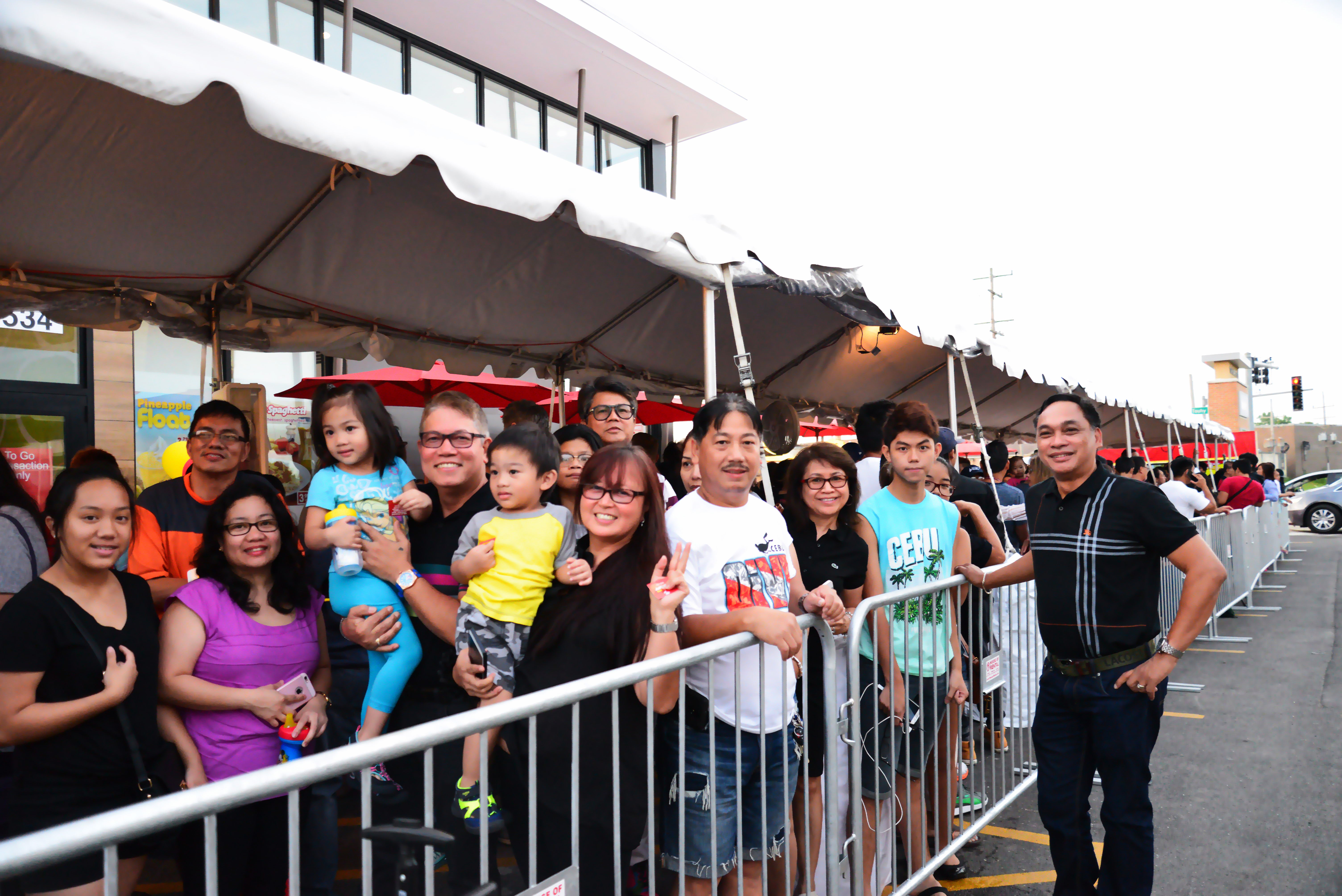 Reunited. For a lot of Filipino-Americans, the opening of Jollibee Skokie is like having a relative come visit them in the US; only this time, it is meant to stay for good.

“Sure they rave about the food but there is another reason why they are willing to wait in such long lines with good cheer. There’s a sense of community here,” said Williams.

Channel WCIU’s You and Me morning show hosts Melissa Forman and Jeanne Sparrow even described the opening of Jollibee as ‘unbelievable’, adding that it’s the hottest new restaurant in the Chicago area. “People lined up for 10 hours for some chicken and for a chance to be one of the first customers to eat here,” said an amazed Forman.

One of the Jollibee patrons who lined up – including one who drove all the way from Minnesota ‘just for this restaurant’, said that queueing at Jollibee is worth it as it is a taste of home. While Filipino-American video blogger SeanXSebastian also said that he has waited for so long to be able to take a bite of his favorite Jollibee burger in his home state. 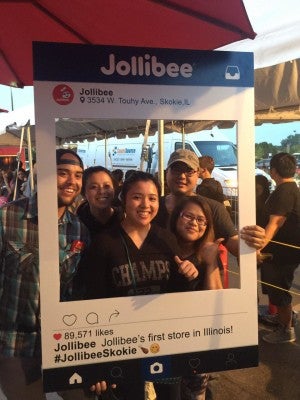 The opening of the first Jollibee store in the US Midwest is more than just an opening for Filipino-Americans – it’s like a homecoming of sorts, a taste of home.

Next only to California and Hawaii, Illinois is home to the largest concentration of Filipino-American immigrants and overseas Filipino workers, making it the perfect choice for Jollibee’s first store in the Midwest.

Jollibee is set to open more stores in North America as it continues its massive expansion plan abroad. Two more stores are set to open later this year: one in downtown Chicago and another in Jacksonville, Florida. The well-loved Filipino fast food giant is also opening its first store in Canada in Winnipeg, Manitoba soon.

“We will continue to bring the joy that we have brought to millions of Filipinos in the Philippines abroad. After 40 years and more than 1,000 stores around the world, no feeling compares to seeing Filipinos of all ages smile at the sight and taste of Jollibee,” said Jose Minana, country head for Jollibee Foods Corporation North America. “We still get a thrill each and every time we open a new store and introduce our brand of happiness to different parts of the world.” ADVT.