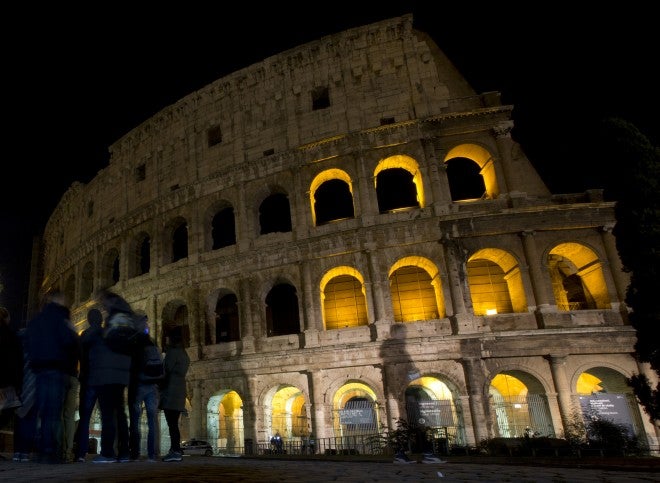 Buildings swayed and shook in Rome and other parts of central Italy early Wednesday, August 24, 2016, when a magnitude 6.1 quake struck the region. Rome is host to many historical buildings including the Colosseum shown in the picture taken with a slow shutter speed as people walk by. AP

ROME, Italy — A magnitude 6.1 earthquake struck central Italy early Wednesday, with reports of damaged buildings and blackouts near the epicenter Rieti and residents fleeing their homes and running into the streets.

The quake struck just after 3:30 a.m. and was felt across a broad section of central Italy, including the capital Rome where people in homes in the historic center felt a long swaying followed by aftershocks.

The mayor of Amatrice near Rieti, Sergio Perozzi, told state-run RAI radio that there were downed buildings in the city center and that the lights had gone out. He said he was unable to get in touch with emergency responders or reach the hospital.