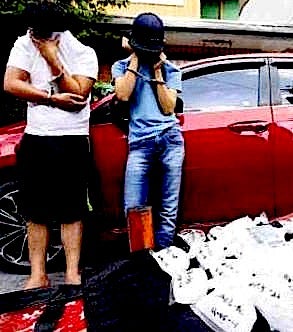 ZAMBOANGA CITY — Two Dutertes were among six people who were arrested in a drug buy-bust operation here on Monday night.

Superintendent Nonito Asdai, chief of the Zamboanga City Police Station in Barangay Tetuan, identified the Dutertes as Adrian and his sister Arlyn.

Asdai said he had interviewed the siblings two months ago when they surrendered to the police.

“I asked them if they were related to our President, and they said no,” Asdai said.

“I had a heart-to-heart talk with them because of their surname, and I pleaded to them to stop selling and using drugs. Last night, we chanced upon them in a buy-bust operation,” Asdai said.  SFM