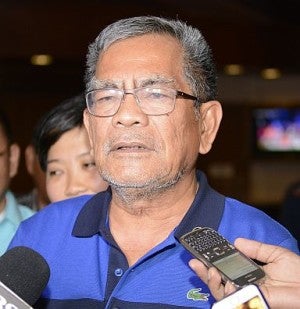 MANILA — At least 50 more local elected officials are now under investigation for their suspected links with illegal drug syndicates, according to Interior Secretary Ismael Sueno.

In a press briefing, Sueno said the public officials were not among those who were mentioned by President Duterte in the opening salvo of his “name-and-shame” campaign last month.

“There are more who were not (identified) by the President. (The information against them) are being validated up to now,” he told reporters in Malacañang.

Asked if Mr. Duterte would name them soon, he said: “We are not sure. That is up to the President.”

He said the Department of the Interior and Local Government (DILG) has also placed “hundreds” of village officials under investigation for their supposed involvement in the illegal drug trade.

“This (shows) that the problem on drugs is enormous. It has expanded not only in one province, but all throughout the country,” the interior secretary said.

“We can understand the passion of the President in really eliminating drugs because it proliferated mainly because of the protection given by our local executives and our police,” he added.

Sueno said all mayors, vice mayors and other public officials who were previously identified by Mr. Duterte had reported to the DILG to deny the accusations.

They issued a waiver making themselves available for investigation, the interior secretary said.

“So we are now in the process of investigating all these mayors,” he said.

While he declined to provide details, he said the government was ready to present evidence against Pagdilao and Tinio.  SFM