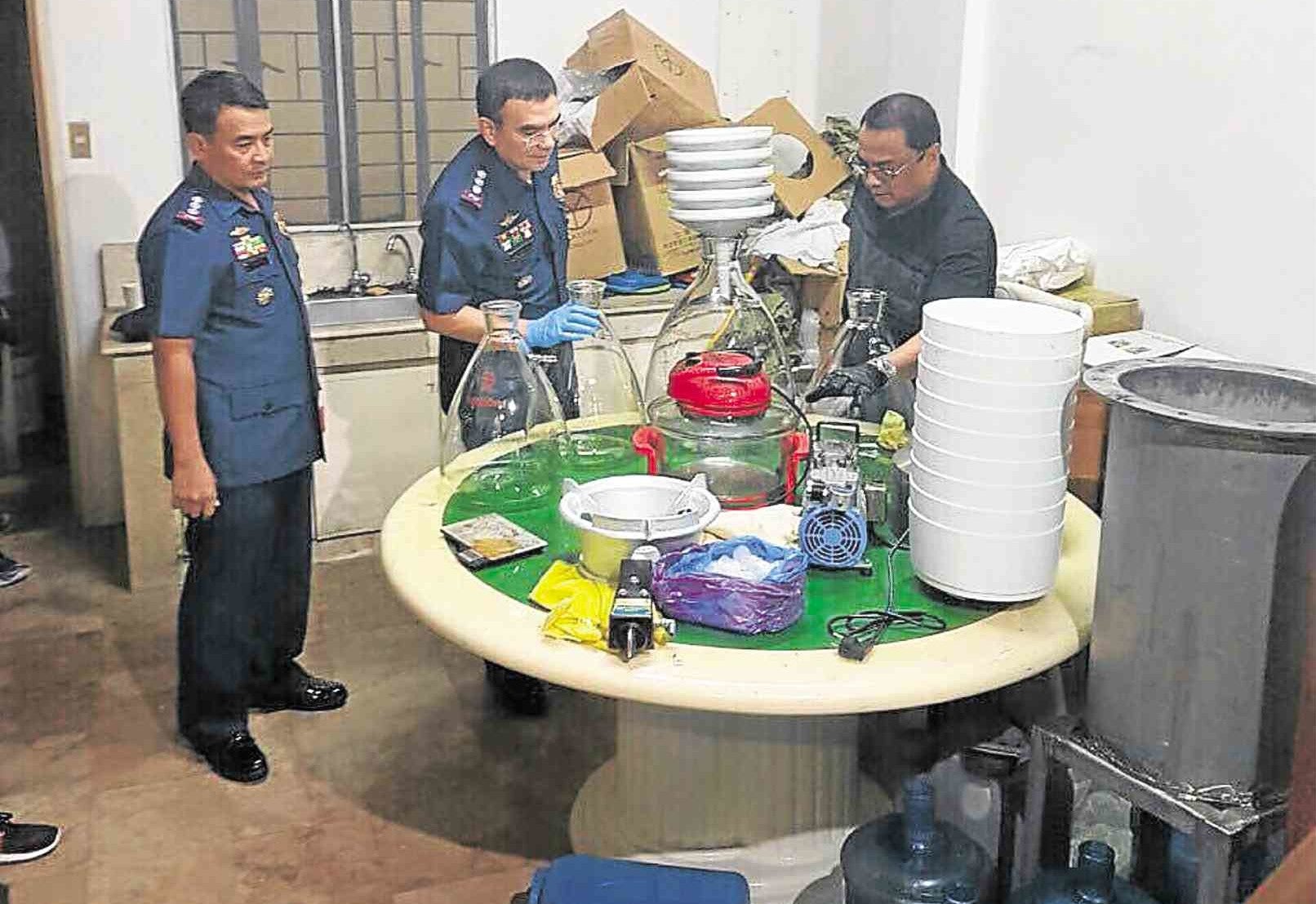 AN ABANDONED townhouse in Barangay Apolonio Samson, Quezon City, turned out to be a drug laboratory capable of producing 200 kilos of “shabu” (methamphetamine hydrochloride) a week.

Wilson Lee, the owner of the unit on Christian Street, Grace Village, said that he rented it out in December to Daniel Geng, a Chinese national who disappeared after failing to pay the rent for several months.

On Saturday, Lee decided to check out the townhouse himself but because he was suspicious of his previous tenant’s activities, he asked for help from the Philippine Drug Enforcement Agency (PDEA), Quezon City Police District (QCPD), barangay officials and his lawyers.

When the townhouse was opened by the joint team from PDEA and QCPD, they found around 10 kilos of what was believed to be shabu worth around P35 million. Also discovered were drug equipment and chemicals valued at around P20 million.

According to PDEA, the drug laboratory was capable of producing around 200 kilos of shabu weekly.

Lee said that Geng started leasing the townhouse unit in December. At first, the tenant had no problem paying the monthly rent but starting in March, he stopped remitting his payments, Lee added.

The PDEA said that they had also been monitoring the townhouse for months after they received reports that it was being used as a drug laboratory.

Authorities, on the other hand, linked Geng to Shih-ming Tsai, Kuo-chuan Cheng and Chun-ming Lin who were arrested in Las Piñas and Parañaque cities on July 5.

The Chinese suspects operated shabu laboratories in the areas and Geng was “their counterpart in Quezon City,” the police said.

The discovery of the abandoned drug laboratory prompted Senior Supt. Guillermo Lorenzo Eleazar, QCPD director, to advise the public to be more careful when choosing tenants.

Read Next
Did you know
EDITORS' PICK
WHO says not to use ivermectin on COVID-19 patients
Harry Roque in hospital for COVID-19 treatment
Pru Life UK receives four golden arrows for solid corporate governance
PH’s COVID-19 active cases reach over 190k after 12k new infections reported
Pre-order the new vivo Y20s [G] to get a free TWS earphone
Speed up your game with the new vivo Y20s [G]
MOST READ
Stop ‘creeping occupation’ of ‘militia’ boats in WPS, Pacquiao asks China
Bea Alonzo clarifies status of her relationship with Dominic Roque
Convicted former aide of Sen. Bong Revilla dies — BuCor
Locsin to China: ‘Then move out’
Don't miss out on the latest news and information.