Was driver given this white house by senator? | Inquirer News
Close
menu
search

Was driver given this white house by senator? 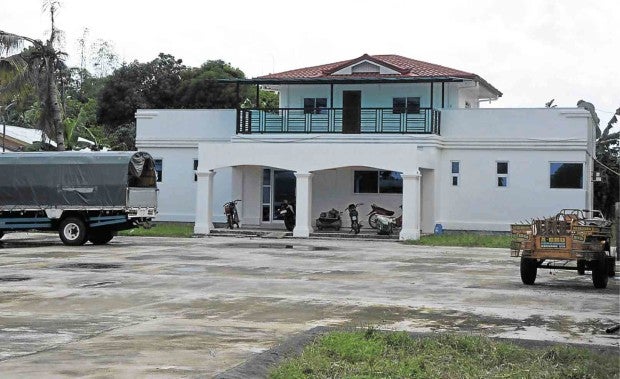 On Wednesday, President Duterte linked De Lima to the illegal drug trade by claiming that her driver, Ronnie Palisoc Dayan, was her bagman who allegedly collected drug payoffs for her. He also claimed that the senator was in a relationship with Dayan.

The former human rights commissioner and former justice secretary had previously denounced then Davao City Mayor Duterte for his alleged links to the Davao Death Squad.

She also recently called for a Senate inquiry into the spate of killings that, she said, was a result of the President’s brutal war on illegal drugs.

The Galarin neighborhood was tight-lipped about the private lives of Dayan and De Lima when the Inquirer visited the village on Thursday.

Dayan’s neighbors would neither confirm nor deny the President’s allegation that the two-story house was De Lima’s gift to her driver.

Asked for  comment  on this story, De Lima declined to issue a statement

Dayan also owns an orange bungalow located about 100 meters from the white house that, his neighbors said, took some time to build and was completed only in March this year.

The Galarin village chief, Rodolfo Licuanan, said Dayan’s children live in the orange house. “[Dayan] has two married children with their own families, while his youngest child is still in high school,” he said.

But Licuanan was uncertain as to whether Dayan’s wife lived with their children or if she lived in the Visayas, as previously reported.

Asked if De Lima indeed paid for the white house, Licuanan shook his head and said, “I don’t know.”

Dayan’s uncle, Alfredo Lomibao, 73, said he had not heard about Mr. Duterte’s allegations. “I know nothing about these accusations, but I am certain the Dayans are a peace-loving family,” Lomibao said.

Another Urbiztondo resident said Dayan and his family used to live with his parents in a small house in the village.

But after his wife and children relocated to another province, he moved to the white house where he and De Lima were often seen, said the resident who asked that his identity be withheld.

Urbiztondo (population: 47,831 in 2010), is a third-class agricultural town located between San Carlos City and Mangatarem town in the southern part of the province.

A neighbor, who claimed to be Dayan’s nephew, said De Lima’s driver was a good man who would often treat them to a party whenever he was in the neighborhood.

The Inquirer could not immediately confirm these details, as no one had opened the gates of the orange house when it came calling. But a car was parked in the driveway and a dog cage stood on one side of the house.

At the white house, the Inquirer saw five motorcycles and a small truck in the garage.  A neighbor offered to call Dayan, but he, too, did not get any response from the driver.

The village chief claimed that De Lima would stay in Dayan’s house whenever she visited the town.

“I knew she was around because people would tell me that she was here,” Licuanan said about the supposed visits when De Lima served as justice secretary under former President Benigno Aquino III.

The last time she visited the village was in December last year, when she distributed some gifts, Licuanan said.

“A little cash, P50 for the children and P100 for the adults. But she did not go around; it’s the people who went to the house,” he said.

Occasionally, De Lima and Dayan would be seen at the public market buying vegetables and fish.

“We would see them on weekends. She would arrive on a Saturday and leave on a Sunday,” a resident said.

He added that people in the town knew she was coming because she allegedly had an “advance party.”

“It’s open knowledge in the village who financed the building of that house,” Senior Supt. Ronald Lee, provincial police director, claimed during a media forum in Lingayen town, also in Pangasinan, on Thursday.

“He is just a driver and residents say he could not have bought that property by himself,” Lee added.

He presented documents from the Urbiztondo police about an incident in which Dayan had allegedly punched a policeman and threatened to kill a barangay tanod (village watchman) after they reportedly confronted Dayan for indiscriminately firing a gun during a drinking party in April 2014.

No case was filed against Dayan after the complaint was reportedly settled amicably.

“We want to be updated on the case,” Lee said. “Was there really a settlement? There was talk that two government prosecutors went to the police station to settle the case at that time,” he said. With a report from Gabriel Cardinoza, Inquirer Northern Luzon