July was Earth’s hottest month in modern times — US 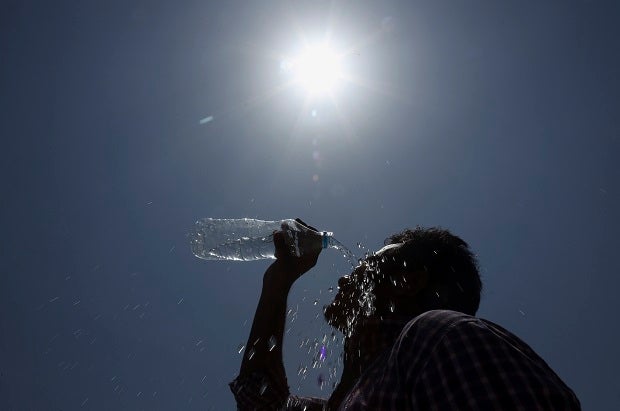 The report from the National Oceanic and Atmospheric Administration came just two days after the US space agency NASA released its climate data, which also found July was a record-breaking month.

READ: Hottest day in Metro this year | PAGASA: 2016 can be one of Philippines’ warmest years

“July is typically the hottest month for the globe, and last month didn’t disappoint,” said a summary of the monthly report by NOAA.

Scientists say the heating trend is being driven by fossil-fuel burning, and is made worse by the ocean warming phenomenon known as El Nino, which came to an end last month.

July’s global average of temperatures taken over land and ocean surfaces was the “highest for any month in the NOAA global temperature dataset record, which dates back to 1880.”

The report found above-average warmth across most of the Earth, with new records observed in parts of Indonesia, southern Asia, and New Zealand.

“The highest maximum temperature during July 2016 was recorded in Mitribah, Kuwait, when temperatures soared to 126.5 F on July 22,” it said.

In Bahrain, the average temperature of 96.8 F for the month was the nation’s highest July temperature since national records began in 1902.

Ocean temperatures were also at a record high, amid concerns that warming waters are contributing to the spread of coral bleaching worldwide.

NOAA said the 13 highest monthly global ocean temperature departures have all occurred in the past 13 months.

Heat records were broken even though El Nino has ended, and neither the warming trend of El Niño or the cooler La Nina prevailed across the tropical Pacific Ocean during July 2016.

La Niña is “slightly favored to develop during August–October 2016, with about 55–60 percent chance of La Niña during the northern hemisphere fall and winter 2016/17,” NOAA said.

But even a break in El Niño, which contributed to the surging global temperatures this year, is not likely to sway 2016 from its track toward becoming the hottest year in the contemporary era for global heat.

NOAA said the first seven months of the year are the “warmest such period on record at 1.85 F above the 20th century average.”

That is one-third of a degree F above the previous record set in 2015./rga