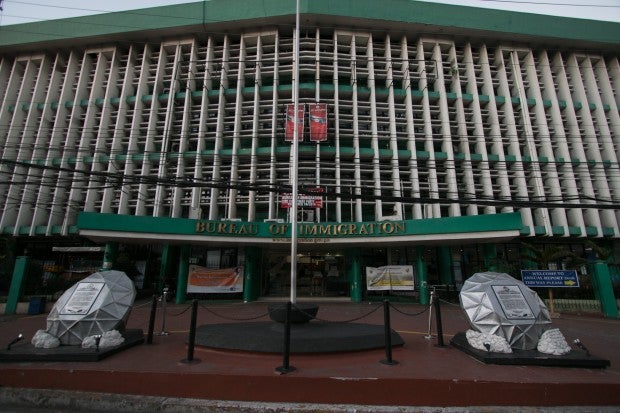 The Bureau of Immigration (BI) is beefing up the country’s border crossing stations in the south to prevent human trafficking victims from leaving the country and foreign terrorists from entering via the backdoor.

Immigration Chief Jaime Morente on Wednesday said he is already studying the deployment of more immigration and intelligence personnel to six border crossing stations in Mindanao and Palawan.

Morente said they received information that human traffickers opt to use the backdoor after the government tightened security at airports.

Morente said the BI personnel have been instructed to coordinate and work closely with personnel of other government agencies involved in border security operations, such as the police maritime group and elements of the Coast Guard and Navy.

“We are strengthening our border control operations in the south due to reports of the presence of foreign terrorists and that victims of human trafficking were being spirited out of the country via the backdoor with the help of syndicates and illegal recruiters,” the BI chief said.

The human trafficking victims, Morente said, are initially transported to Malaysia before proceeding to their final destinations in the Middle East where they were hired to work as maids and other low-paying jobs.

The immigration has decided to deploy more personnel to the country’s border following the rescue of 33 trafficking victims who were about to leave the country.

The victims, all women, were reportedly rescued in two separate operations conducted a week ago on Turtle Islands and in Sitangkai town.

Police authorities in Bongao, Tawi-Tawi said the women were supposed to board a ship bound for Zamboanga before they are sent to Malaysia and then to their workplaces in Dubai.  Their identities were not divulged as the anti-trafficking statute prohibits it. RAM