Father of 7 wins P31M jackpot, finds out he won only after 14 days 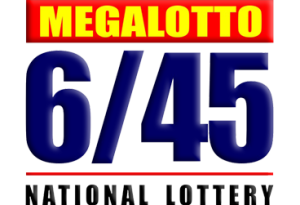 MANILA — His story could have been written in another way had he failed to check the old Lotto results.

After 14 days, a 68-year-old father of seven found out he won the P31-million jackpot prize upon placing another bet and checking the results in the last Mega Lotto 6/45 draw last July 29.

Upon seeing his winning numbers 05-09-17-21-36-41 which were luck picks or computer- generated onscreen, he immediately went home–speechless.

On August 12, he claimed his P31,175,776.00 prize at the Philippine Charity Sweepstakes Office in Mandaluyong City.

“I only told my wife about it. I was so shocked; I can’t believe it,” the lone winner from Cavite told PCSO General Manager Jose Ferdinand Rojas II.

The former government employee retired eight years ago and has been into lottery since 2006.

The winner placed his winning P20 bet at a betting station in Imus, Cavite.

He plans to share his prize with his children who have their own families now, give them an “early inheritance” and save for the family’s future needs.

There were instances, he said, when some winners forgot about their ticket or were disqualified after accidentally throwing away or tearing their tickets apart.

Under PCSO rules, unclaimed prizes are forfeited after a year, and is automatically added to the PCSO’s  charity funds for patients in need of medical assistance.  SFM