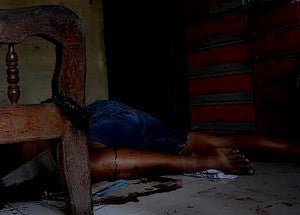 SUBIC, Zambales  — A man, who had confessed his drug habits to the police, was shot dead as he slept in his house on Monday (Aug. 15).

Orlando Dominguez, 51, a resident of Barangay (village) Ilwas here, was killed by two gunmen who, witnesses said, were seen roaming around the victim’s house at about 4 a.m., said SPO4 George Cruz, investigator at the Subic police station.

Police said Dominguez was among the 1,450 confessed drug dependents who surrendered to authorities here under the government’s Oplan Tokhang, a nationwide anti-drug campaign that has been encouraging drug dealers and users to voluntarily surrender to the police.