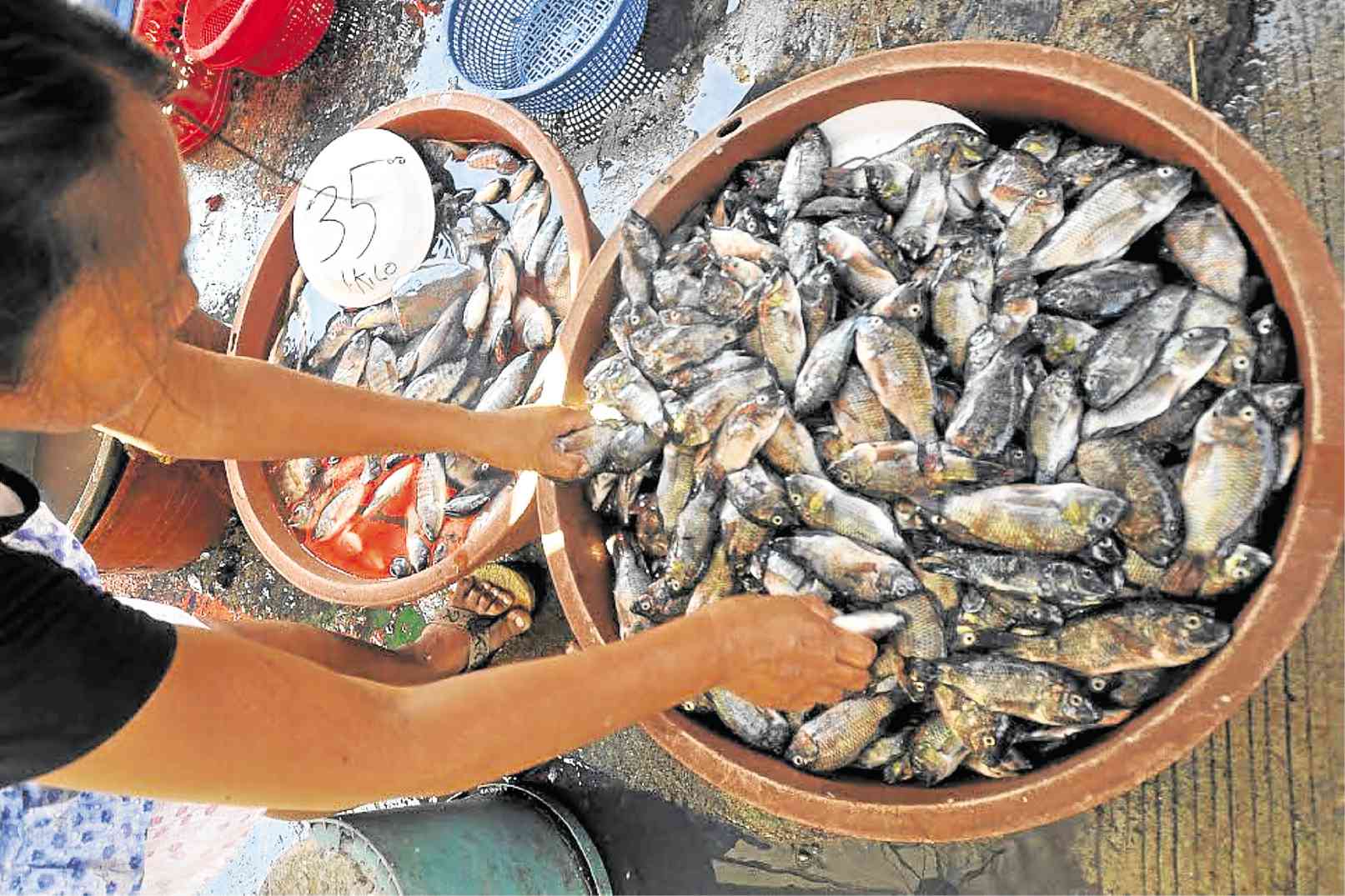 DAGUPAN CITY—Government marine experts released 5,000 sea bass fingerlings on Friday into the Watac-Mamalingling River here in an effort to control the growing population of a species of tilapia, locally known as “molmol,” that had invaded the city’s bangus (milkfish) ponds.

Westly Rosario, chief of the National Integrated Fisheries Technology Development Center here, said the sea bass is a natural predator of the invasive tilapia. The fish had also been referred to as “tilapiang Gloria,” after the diminutive former President and now Pampanga Rep. Gloria Macapagal-Arroyo.

“We call this [procedure] a biological control. You introduce another species that can eat the undesirable species,” said Rosario.

Molmol is a smaller version of the ordinary tilapia that invaded fishponds in Pangasinan province early last year, prompting bangus growers to complain of losses.

This city produces what is known as the tastiest and juiciest bangus in its more than 900 hectares of fish ponds.

Rosario said bangus growers had tried to control the growing population of molmol by using chemicals, but the invasive fish had continued to thrive.

To prevent molmol from multiplying, bangus growers dry the pond bottom and apply tea seed or tobacco dust, a natural pesticide, to kill the pests.

If drying the pond is not feasible, its gate must be fitted with fine mesh net, Rosario said, adding that the flow of water should be impeded with either wooden boards or mud. 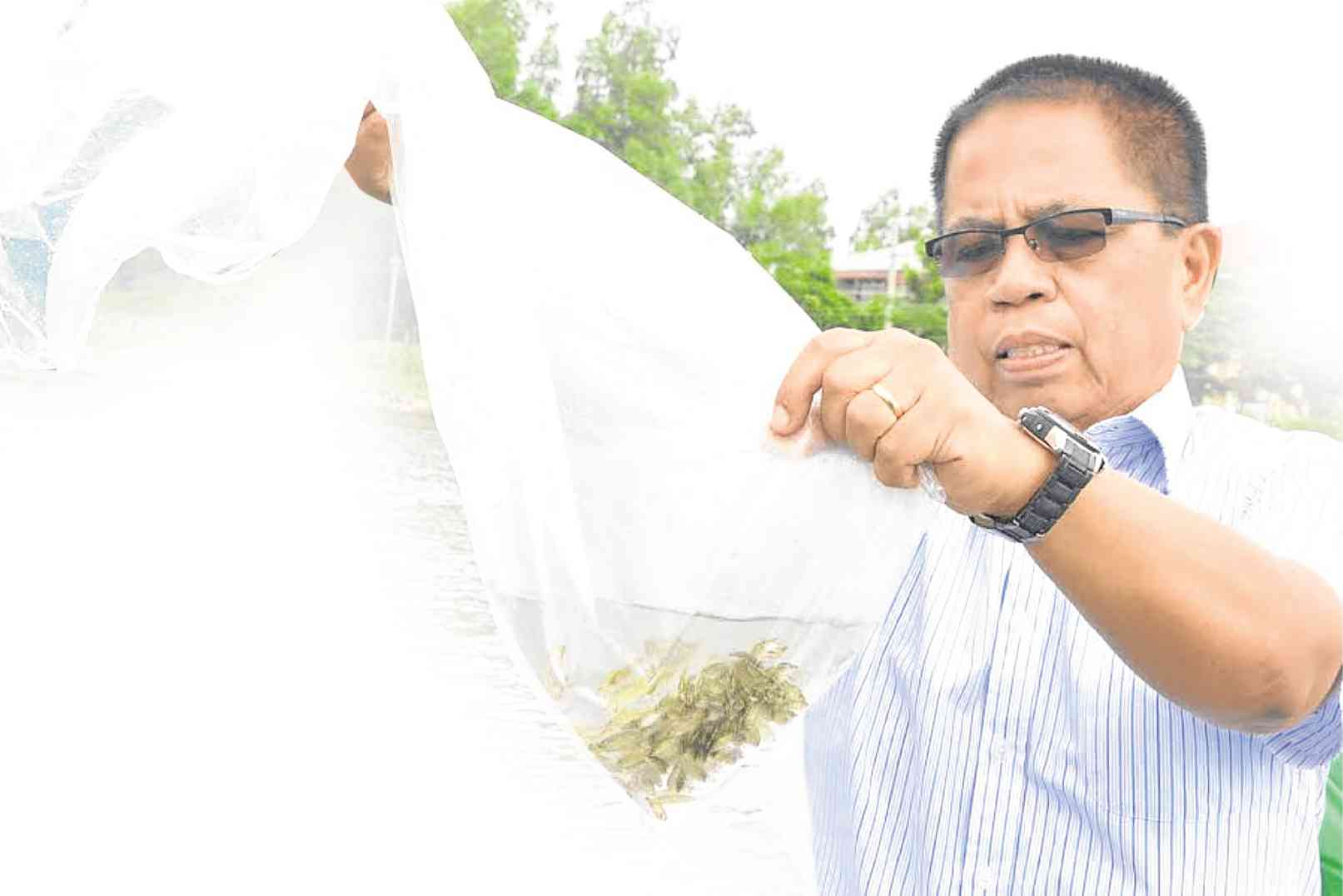 Westly Rosario, NIFTDC chief, holding a bag of sea bass fingerlings that would be released into a river in Dagupan. WILLIE LOMIBAO AND RAY ZAMBRANO / Inquirer Northern Luzon

He dissuaded growers from using chemical pesticides because, he said, these would only destroy the ecosystem.