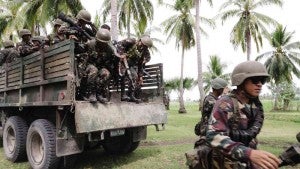 COTABATO CITY – Three government troopers were killed and five others were hurt in a clash during anti-drug operations on the borders of Maguindanao and North Cotabato Sunday.

Government forces were met by a volley of gunfire as they entered the village.  SFM/rga 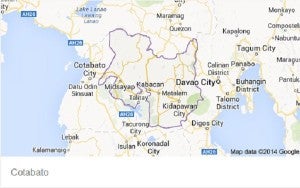