50 protest in Cebu against Marcos burial in heroes’ cemetery 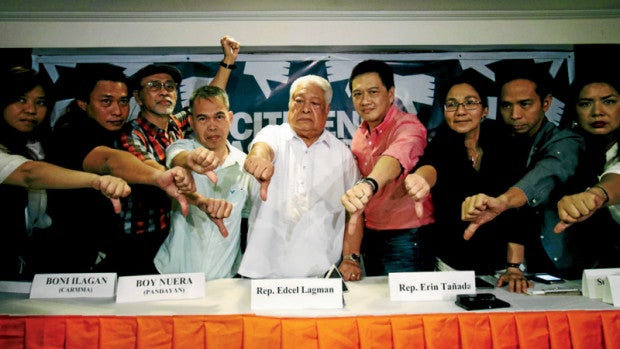 CEBU CITY, Philippines — About 50 people from 19 organizations converged at the Plaza Independencia in downtown Cebu City on Sunday morning to oppose the plan to bury the late dictator Ferdinand Marcos at the Libingan ng mga Bayani.

Teody Navea, Sanlakas-Cebu coordinator, said Sunday’s gathering, which was expected to end at noon, was just one of the activities lined up to show that they didn’t want Marcos to be interred at the Libingan.

“We have another activity on his birthday this September. It is a huge mobilization in Cebu as we continue to oppose his burial,” Navea said.

Lawyer Democrito Barcenas, who was among the human rights lawyers detained during martial law, said  people should not forget the past, especially those who fell victim to Marcos’ iron-fist rule for 20 years./rga