Digong, look-alike in Cebu: Similar, but not the same 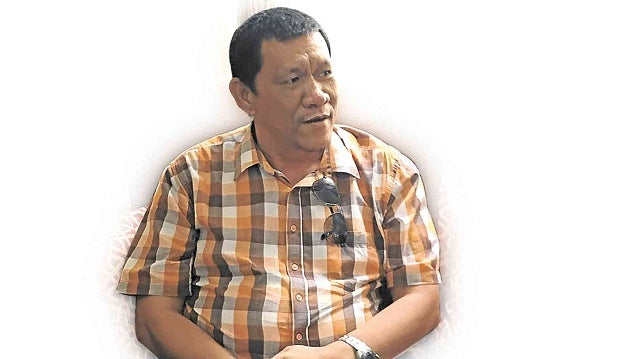 CLAD in the now familiar checkered button down shirt associated with President Duterte, Tabogon Mayor Zigfred Duterte, a third degree nephew of the President, refuses to dishonor the Duterte name by asking for favors from Malacañang. JOSE SANTINO BUNACHITA

President Rodrigo Duterte has a doppelgänger in Cebu. Meet Mayor Zigfred Povadora Duterte of the northern town of Tabogon in Cebu province, a distant relative of Mr. Duterte.

Aside from looking like the President, Zigfred also loves to wear checkered, buttoned down shirts with short sleeves. But he said he is not trying to copy the fashion style of the President. He said he had always liked wearing checkered short-sleeved shirts even before Mr. Duterte was elected to the country’s highest government post.

Both belong to the Partido Demokratikong Pilipino-Lakas ng Bayan (PDP-Laban). But their similarities stop there.

Zigfred is not tough-talking and feisty, or tactless.

He has been married to Gloria, 46, for 18 years. The couple has two children. Mr. Duterte’s marriage to Elizabeth Zimmerman was annulled in 2000 and he now has a common-law wife, Honeylet Avanceña, with whom he has a 12-year-old daughter, Kitty.

The President is a third-degree uncle, he said. Grandfather Ignacio Duterte is a first-degree cousin of Mr. Duterte’s father,

His line of Dutertes comes from the southern town of Ginatilan in Cebu. Zigfred ended up in Tabogon where his mother is from.

In Cebu, only four areas have Dutertes—Ginatilan and San Fernando towns, and Cebu and Danao cities. The President traces his roots in Danao.

Zigfred first met the President, then the mayor of Davao City, at the provincial Capitol in 2013 while Mr. Duterte handed over P500,000 in financial assistance to Bohol towns and Tabogon, which were struck by a magnitude 7.2 earthquake.

They saw each other again early this year, this time at Cebu Grand Convention Center in Cebu City for a political sortie.

Zigfred was invited by a party-mate, Rep. Benhur Salimbangon of Cebu’s fourth district, to go to Batasang Pambansa in Quezon City and witness the President’s first State of the Nation Address. He declined, saying he had a lot of work, and instead watched the speech on TV at the municipal hall.

Zigfred admitted that people would treat him differently now because of his relationship with the President. Before, he added, he was just considered an ordinary mayor. “I get attention because I am a Duterte and we (the President and I) look the same,” he said in Cebuano.

The attention, however, comes with expectations because people, especially his constituents, expect his town to get more projects. “Since we have the same family name, they really expect a lot from us in terms of public service and projects,” he said.

Some people have been telling him to go to Malacañang to solicit support and other favors from the President. “Why should I go there when I have a town of my own? We are both in public service. If ever I’ll go there, that would be to ask for projects,” he said.

The mayor said it was not also his style to drop names and use family relations just to get more projects. He said he knew better than be embroiled in a controversy.

“It’s much better if you’re friends with him and you have different family names. Because if you’re both Dutertes, the more you should be careful. He’s very particular about our family name. You really have to have dignity. With the Duterte family name, dapat dili ka barumbado (you should not be ill-mannered),” he said.

In the wake of the government’s intensified war on drugs, being a Duterte could be a disadvantage. Zigfred feared that drug lords and peddlers might take it out on the President’s relatives.

“It is OK for the President because he is well-secured. What about me and my family?” he said.

Although he had not received any threats yet, he planned to beef up his security. “We never know what will happen next. I just want to be prepared,” he added.