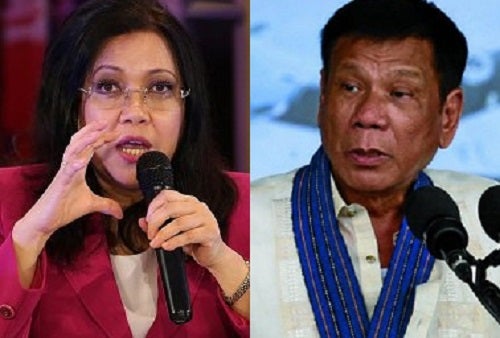 Supreme Court Chief Justice Maria Lourdes Sereno on Friday said she appreciates the gesture of President Rodrigo Duterte who apologized for his “harsh” remarks in reaction to her letter.

Duterte, in a speech, even threatened to declare martial law if the Chief Justice will interfere in his anti-drug war.

READ: Duterte to Sereno: I’m just trying to stop drugs within my powers

Atty. Theodore Te, the high court’s Information Chief said: “The Chief Justice appreciates the President’s latest remarks. As previously announced, she will no longer say anything on the matter.”

The high court is already conducting a fact-finding probe on the judges mentioned by Duterte as those with links to narcotics trade. RAM/rga