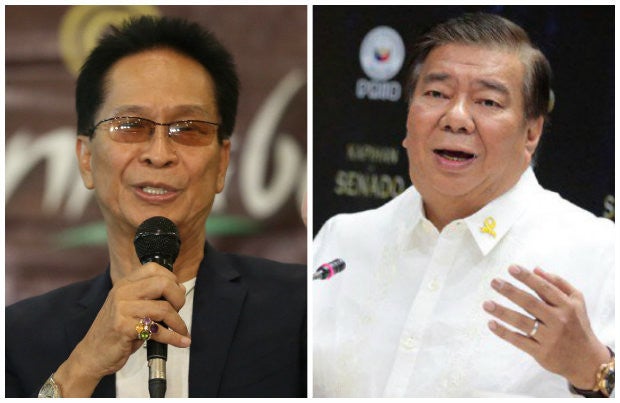 “I think Panelo is rewriting the Constitution,” Drilon, a lawyer and former justice secretary, said in a statement.

“I think it is time that Atty. Panelo review basic legal principles to better serve the country as the President’s chief legal counsel and to avoid issuing erroneous and reckless statements,” he added.

The senator was reacting to Panelo’s reported statement that the President, under the Constitution, can declare martial law “not only in cases of invasion or rebellion, but when public safety requires it.”

“Right now, the safety of the public is in imminent danger,” the chief legal adviser was quoted in the media as saying.

But Drilon said even a freshman law student can easily debunk Panelo’s statement as having no legal basis.

“I do not know which Constitution he has learned in law school but our present Constitution has only provided two grounds for the declaration of martial law – invasion or rebellion. Drug menace is definitely not one of them,” he said.

The senator noted that Article VII, Section 18 of the 1987 Constitution clearly states that: “In case of invasion or rebellion, when the public safety requires it, he may, for a period not exceeding sixty days, suspend the privilege of the writ of habeas corps or place the Philippines or any part thereof under martial law.”

Drilon said the phrase “when public safety requires it” was not a ground upon itself “but a condition that qualifies the two grounds provided under the Constitution.” JE/rga