Duterte to AFP:  Help gov’t in war vs drugs 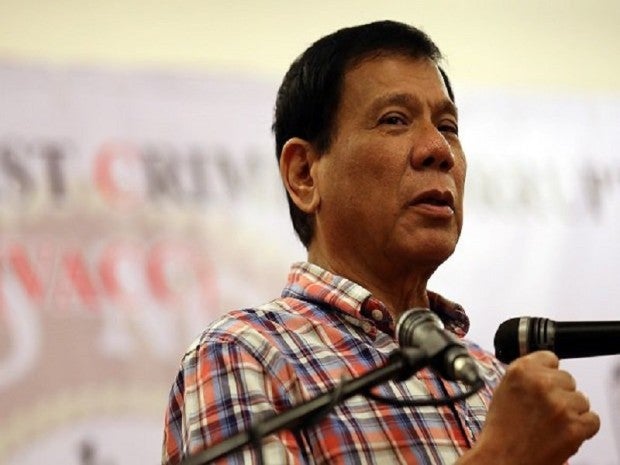 LABANGAN, Zamboanga del Sur – President Duterte called on the Armed Forces of the Philippines to join in his war against drugs.

Speaking to soldiers of the Philippine Army’s 4th Infantry Division here, Duterte, who spoke mostly in Bisaya, appealed: “Help the government. It is to your advantage, your children, your grandchildren.”

This was the first time in Duterte’s series of visits to 10 military camps that he issued such appeal, hinting of the possible mobilization of the country’s Armed Forces against the scourge of narcotics.

In the other camp visits, Duterte merely explained the war against drugs to soldiers whose constitutional role has always been to protect the country from national security threats.

As usual, Mr. Duterte pledged full support to the soldiers in whatever duty they would be asked to perform.

But he asked them to “be honest with me so that I will know the situation you are faced with hence I know to defend you.”

“In enforcing the law, you have to subdue resistance. In the process, you must not give the suspected criminal the opportunity to harm you,” the President stressed.

Mr. Duterte explained that his order to recall police and military escorts of alleged narco-politicians was to prevent law enforcement operations from being compromised.  SFM