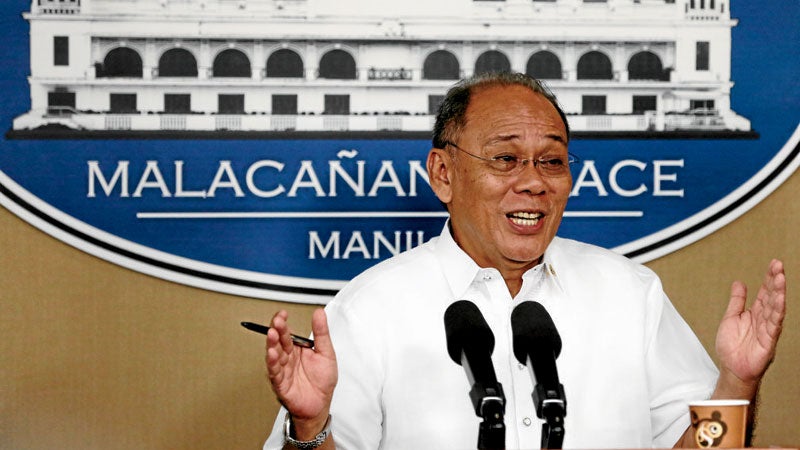 HE MAY have a strange way of showing it, but President Duterte was also “bothered and troubled” by the rash of drug-related killings, or so a Malacañang official said.

Presidential spokesperson Ernesto Abella on Tuesday said the President was “not happy” over the hundreds of drug suspects killed in police operations and vigilante attacks in the wake of the government’s all-out war on illegal drugs.

According to media reports, more than 1,000 people described as drug suspects have been killed in police operations or by unknown gunmen since the Duterte administration took over barely two months ago.

Although the President has disavowed direct knowledge of so-called death squads, he has repeatedly said that drug pushers and users were beyond saving or rehabilitation.

Mr. Duterte, known as “The Punisher” for advocating death for illegal drug personalities when he was mayor of Davao City, had previously offered cash rewards for those who would silence drug lords and pushers.

“I don’t think he’s happy about (the killings). I don’t think happiness is the right word to use,” Abella told reporters in Malacañang.

“I think he’s very concerned and, in fact, bothered and troubled,” Abella added. “He is deeply and profoundly concerned.”

But in a speech in Davao City on Sunday, the President named 159 government officials, including police officials, judges, mayors and Congress representatives as being complicit in the drug trade.

When Sen. Leila de Lima said the list of names could make the officials mentioned a target for death squads, Mr. Duterte said a second list was, in fact, forthcoming.

According to Abella, the President shared the sentiments of various groups and individuals who have expressed alarm over the extrajudicial killings that resulted from the Duterte administration’s antidrug campaign.

Nonetheless, the Palace official said Mr. Duterte recognized the fact that the killings have raised public awareness about the “depth and breadth” of the country’s drug problem.

Abella said Mr. Duterte did not condone extralegal means to hunt down drug suspects and had ordered an investigation of the deaths of some drug suspects who may have been victims of extrajudicial killings.

Mr. Duterte and saying the President “should not be blamed for the recent surge (in) the number of suspected drug personalities killed in police operations.”

As to observations that only suspects from marginalized and urban poor communities were being killed while politicians and rich individuals tagged in the illegal drug trade were given a chance to clear their names, Abella said: “Maybe you should look at it (from a) different perspective.”