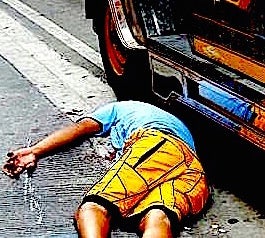 Patricio Gonzales, 41, was attacked when he stopped his passenger jeepney at the corner of Zamora Street and Perez Blvd. at 2:10 p.m..

Gonzales was shot twice in the head.

Police continued to investigate the killing, as of Tuesday. SFM/rga