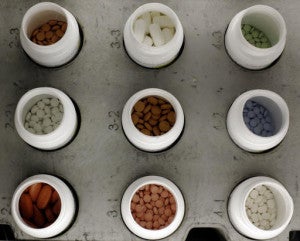 SURIGAO CITY – Former mayor Jessie Aguilera of Alegria, Surigao del Norte, admits she regularly handles drugs— but not the kind that she has been accused of handling.

Aguilera, a medical doctor, was named by President Duterte as a drug trafficking suspect, along with many others, on Sunday. She left politics when her term ended in 2007, but the President’s list identified her as a sitting town mayor.

“I was extremely surprised why I was on that list, and I have no idea why on earth my name was dragged in this whole mess,” Aguilera told journalists when she visited the Caraga Region Police Office in Butuan City Monday.

She said she has been dispensing drugs to various patients, and has been conducting medical missions as part of the town’s health programs.

“I came here to clear my name because this is very terrifying for me. I’m now a town doctor who lives in peace and do my job as a public servant,” she said.

She said she would be willing to undergo drug tests and lifestyle check to disprove the claim that she has been trading in illegal drugs.

She also questioned the integrity of Duterte’s list, saying the President should validate it because a single mistake could “ruin people’s lives.”  SFM