Robredo hits Marcos burial at Libingan: He is no hero 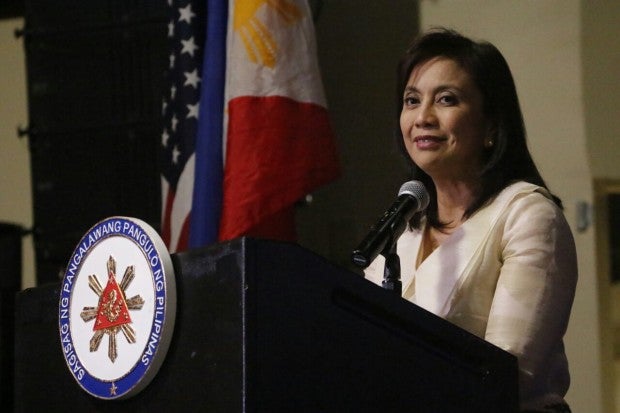 Ferdinand Marcos is no hero.

“We strongly oppose the decision to bury former President Ferdinand Marcos in the Libingan ng mga Bayani. How can we allow a hero’s burial for a man who has plundered our country and was responsible for the death and disappearance of many Filipinos?” Robredo said in a statement on Monday.

The Vice President said those who “have greatly committed crimes and moral turpitude to the Filipino people” should not be given the honor to be buried in the Heroes’ Cemetery.

“This decision will not bring unity to our country; it will only deepen the unhealed wounds of the survivors and family members of victims of the terrible years under the Marcos presidency,” said Robredo.

“It is our responsibility to teach our children the heroism and sacrifice of our forefathers. And Mr. Marcos is no hero.”

Robredo has always been vocal in criticizing the abuses during the martial law regime of the late dictator.

Marcos’s son and namesake was Robredo’s rival in the vice presidential race last May. Senator Bongbong Marcos protested the result of the elections as he lost to Robredo by a slim margin.

Robredo hit the “remorseless” Marcoses for denying that their family abused and stole wealth from the Filipinos.

“Furthermore, his heirs continue to deny that these sins against our people happened. They continue to have no remorse and still prevent the return of the wealth that they stole.” JE/rga

‘Go ahead, demonstrate vs Marcos burial at Libingan’