Aguirre: Int’l rights suit vs Duterte? No way, ‘criminals are not humanity’ 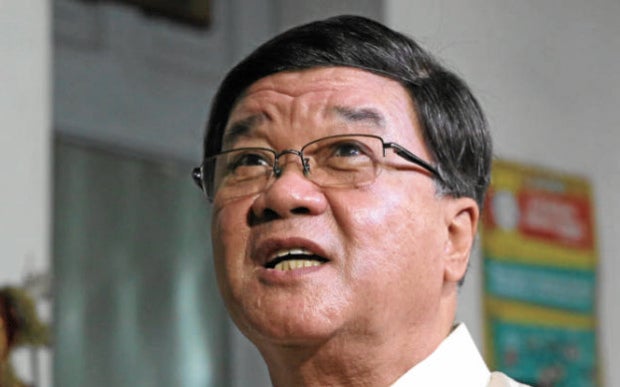 Justice Secretary Vitaliano Aguirre II sees no possibility of President Rodrigo Duterte being charged with crimes against humanity at the International Criminal Court (ICC) in The Hague over the killings of hundreds of drug suspects in the Philippines.

“Criminals are not humanity. Crimes against illegal drugs, [maybe],” Aguirre said in a text message to the Inquirer, commenting on calls from rights groups to stop the vigilante-style killings of drug suspects, and the possibility of filing charges against Mr. Duterte in the ICC.

The Philippines signed the 1998 Rome Statute of the ICC that punishes heads of states found guilty of genocide, war crimes and crimes against humanity.

The Philippine Coalition for the ICC (PC-ICC) said the extrajudicial killing of drug suspects could constitute crimes against humanity.

“Crimes against humanity are committed even without armed conflict. It has to be proven that there is widespread or systematic use of force against the civilian population,” said Rebecca Lozada, national coordinator of PC-ICC.

Kabayan Rep. Harry Roque  said it may be too soon to push for charges against President Duterte in the ICC for the spate of drug killings.

He said crimes against humanity should be widespread and systematic, and targeting civilians.

“Under the elements of  widespread and systematic in relation to President Duterte’s war on drugs, it is too difficult to prove and you need at least one year to prove it,” Roque said in a phone interview.

“Presidents have no immunity there,” Carranza said. TVJ

Read Next
Shoot-to-kill order vs narcopoliticos
EDITORS' PICK
Duterte warns of possible lockdown if ‘more aggressive’ Delta variant spreads
Duterte: When I said I will fight drugs in 6 months, I thought it was like in Davao
Tips for a cheerful life
Harnessing technology for quality education
Connect to PH’s fastest network with new Signature Plan Lite at only P599 per month
Hidilyn Diaz wins weightlifting gold in Tokyo Olympics
MOST READ
Hidilyn Diaz wins weightlifting gold in Tokyo Olympics
Go to war with China over West PH Sea? It will be a ‘massacre’, says Duterte
Hidilyn shoots not only for gold but also for permanent place in PH sports history
Duterte acclaims Sotto: ‘He can become a good vice president’
Don't miss out on the latest news and information.