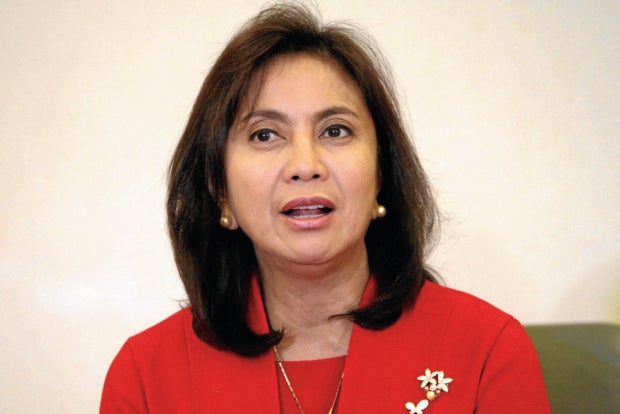 Vice President Leni Robredo has deplored the lack of  public outcry against extrajudicial killings that have come with President Duterte’s take-no-prisoners war on drugs.

“I hope my being vocal against [extrajudicial killings]  inspires many others to follow suit because there really has to be public outcry. The way I see it, there has been very little public outcry in the recent past,” Robredo told the Inquirer in an interview on Wednesday.

On the same day, the United Nations Office on Drugs and Crime (UNODC) issued a statement saying it was “greatly concerned” about the killings of suspected drug users and dealers in the Philippines.

Speaking to UN correspondents at a gathering in New York on June 8, Ban said he “unequivocally condemned” Mr. Duterte’s “endorsement of extrajudicial killings, which was illegal and a breach of fundamental rights and freedoms.”

Ban was referring to Mr. Duterte’s statement to reporters that corrupt journalists were legitimate targets of assassination.

Mr. Duterte, who promised to kill tens of thousands of criminals to end crime within three to six months of his presidency, has said nothing about police-involved and vigilante-style killings of alleged drug users and pushers that have come with his fight against drugs, only speaking threateningly against drug lords and local officials involved in the narcotics trade in recent days.

Fedotov said the “UNODC stands ready to further engage with the Philippines and all countries to bring drug traffickers to justice with the appropriate legal safeguards in line with international standards and norms, and promote prevention, treatment, rehabilitation and reintegration approaches based in evidence, science, public health and human rights.”

The UNODC issued the statement after the International Drug Policy Consortium, a network of private organizations, asked the UN drug-control agency to condemn the rise of drug-related killings in the Philippines.

Malacañang has said the Philippine National Police is investigating the vigilante-style killings, but the authorities have not returned with a report.

“I have yet to hear a pronouncement from the Palace and even from [Director] General [Ronald] dela Rosa that they are doing something to resolve those cases or looking for solutions to the summary killings,” Lacson, head of the Senate committee on public order and dangerous drugs, told a news forum at the Senate.

“Up to now the PNP is silent. They won’t even give briefings [or say if they] have established any leads. We must demand they speak up,” Lacson said.

Lacson said earlier that he had received information from PNP sources that there were 600 possible summary killings in July alone.

on Thursday he said he would support a Senate investigation if it was “for the vigilante killings.”

“And 600 murders a month? If not even one case has been solved, we can ask the PNP: ‘Is this the policy now? We don’t care who kills or who are killed?’” he added.

Mr. Duterte, called “The Punisher” by Time magazine because of his mailed-fist rule as mayor of Davao City, ran for Malacañang on an anticrime platform that captivated millions of crime-weary Filipinos.

He was elected in a landslide on May 9 and he launched his campaign against illegal drugs even before he took office.

After his inauguration on June 30, he ordered state security forces to arrest drug dealers and pushers, and shoot anyone who would resist arrest.

Most of those who have been killed, however, are impoverished drug users, with only one alleged drug lord being killed in an exchange of fire with police.

Alleged drug pushers and users have been killed by “motorcycle-riding gunmen,” or vigilantes, or by police, who claim  that the suspects “tried to wrest a gun” from officers.

The spate of killings has given rise to the term “cardboard justice,” in which the killers leave a piece of cardboard beside the bodies of their victims with the words “drug pusher, don’t follow.”

Robredo said she understood the government’s campaign against drugs, but she was worried about the campaign’s seeming diminution of the value of human life.

“Right now it’s anyone’s game. For the simplest reasons, people kill. That is what I am worried about, the culture of impunity and violence,” Robredo said.

She has twice issued strong statements denouncing the extrajudicial killings after the bodies began to pile up.

She has also called for a government investigation into the killings.

Robredo said she was banking on the statement of President Duterte that he would “not allow extrajudicial killings” and that the rule of law must prevail.

“What gives me hope is that he would not tolerate these abuses,” Robredo said.

She said she had yet to bring up the matter with the President, as other concerns, including the maritime dispute with China, were the focus of their recent meetings.

But the Vice President said she still wanted to discuss the rash of killings with Mr. Duterte, hoping he would listen.

“I’d express my fear about what’s happening lately. I am not losing hope. In the few times that I have been with him, [I learned] he is one leader who listens,” Robredo said. With reports from Aries Joseph Hegina and Jaehwa Bernardo, Inquirer.net