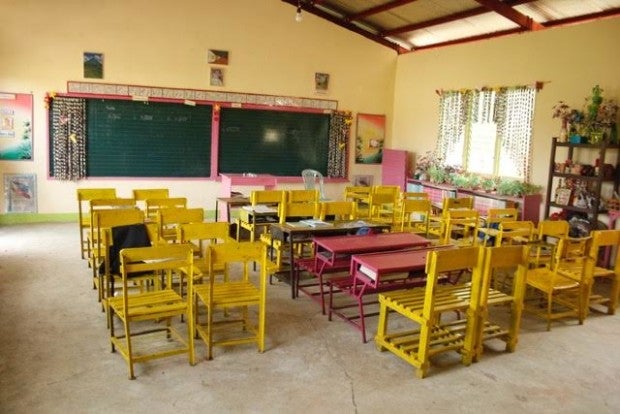 Schools in Albuera, Leyte, are empty on Aug. 4, 2016, a day after the bloody clash between police and the armed men of suspected drug trader Kerwin Espinosa. (Photo by ROBERT DEJON/INQUIRER VISAYAS)

“The suspension will be until Friday if the situation does not improve,” Karen Barrel, information officer of Leyte schools division office.

The suspension, affecting 3,892 elementary pupils and 126 teachers, came upon the requests of the school heads and parents who got scared after the gun battle that ensued between the Albuera police and a group of armed men.

Two of the six fatalities were identified as Ricky Gravillo and Teresito Paderangga; two other men were known as “Tatay”; and one was known as “Arman.” A sixth fatality remained unidentified, as of Thursday.

Police said the six armed men were members of the “liquidation squad” or the assassination team of the Espinosas, ready to “eliminate” those their bosses wanted killed, said Chief Inspector Jovie Espinido, Albuera police chief.

The police recovered 21 long firearms and 16 hand guns during the shootout.

Some of these firearms bore “government arsenal” markings, indicating that these were government-issued firearms.  SFM 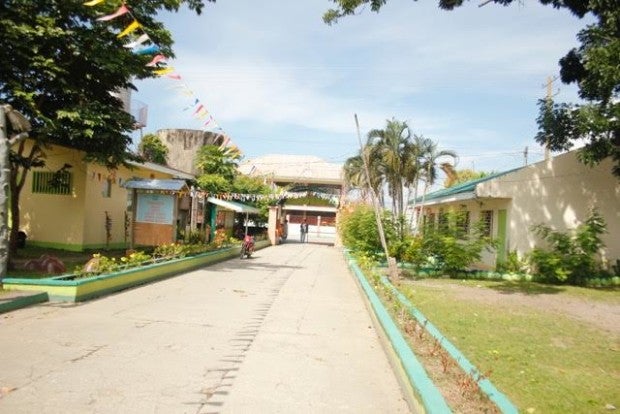 The streets leading to schools in Albuera town, Leyte, are quiet and deserted on Aug. 4, 2016, a day after the bloody clash between police and armed men of drug trafficking suspect Kerwin Espinosa, who remains at large. (Photo by ROBERT DEJON/INQUIRER VISAYAS) 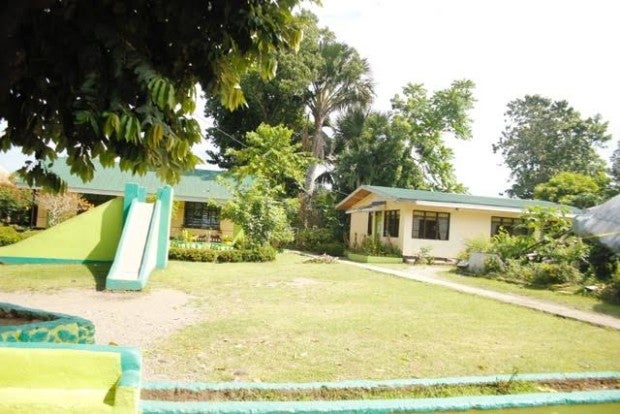 Schools in Albuera, Leyte, look like they have closed for holidays on Aug. 4, 2016 but the true reason for the suspension of classes is grim. School officials fear more clashes between the police and armed men of suspected drug trader Kerwin Espinosa, who remains at large. At least six of his men were killed when police attacked the
Espinosas’ residential compound on Aug. 3, 2016. (Photo by ROBERT DEJON/INQUIRER VISAYAS)