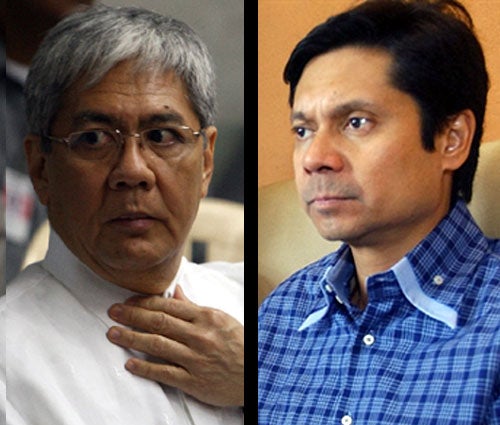 The Sandiganbayan has granted the prosecution’s motion to amend the plunder information against former Agriculture secretary Luis Ramon “Chito” Lorenzo and his undersecretary Jocelyn “Joc Joc” Bolante, thus reviving the plunder case against the two officials over the P723 million fertilizer fund scam.

In its resolution dated July 21, the anti-graft court Second Division effectively granted the prosecution’s motion to drop Jose Barredo Jr. as an accused, paving the way for him to testify in court against the two Cabinet officials of former President Gloria Macapagal-Arroyo.

“The Court recognizes that the right to determine who to prosecute is essentially an executive function, and not a judicial one,” the court said in its resolution penned by Associate Justice Napoleon Inoturan.

Lorenzo and Bolante and their co-accused are charged with plunder for allegedly accumulating P265.6 million in kickbacks from the P723 million fertilizer funds under the Farm Input Farm Implement Program of the Department of Agriculture under the Arroyo administration.

Plunder, a criminal charge involving earning at least P50-million in ill-gotten wealth, is a non-bailable offense.

Barredo was initially charged with plunder as one of the alleged “runners” in striking a deal with local officials and delivering the kickbacks.

But the Ombudsman prosecutors said Barredo is not the most guilty and that his testimony is vital in the case.

The prosecutors urged the court to admit Barredo’s December 2014 testimony as new evidence in a bid to bolster the evidence against Bolante.

The plunder case lodged against Bolante and Lorenzo stemmed from the alleged racket of paying off lawmakers, governors and mayors using the P728 million fertilizer funds sourced from the Farm Input-Farm Implement program in 2004.

The said funds were said to have been diverted to Arroyo’s campaign kitty that year to pay off favored local officials in an alleged vote-buying scheme.

The accused in the plunder case were charged with “criminally amassing” P265.6 million by misappropriating funds amounting to P56.6 million, overpricing the transactions to gain P56 million, and conniving with suppliers to make a profit of another P153 million.

The scheme is done by overpricing the fertilizers originally priced at P150 from supplier Feshan Phils. to as much as P1,500 when the LGUs bought it from the distributor Araos Trading.

The dealers also diluted the liquid fertilizers with water to further bring down the price from P350 to as low as P150 per one liter bottle.

The case was filed before the Sandiganbayan in July 2011 but the court deferred its finding of probable cause in a resolution three years later, or on Aug. 2014, when the court asked the Ombudsman to provide additional evidence.

The court two years ago said the Ombudsman has not submitted any document or testimony to establish that Bolante as principal accused “received this unliquidated amount so as to make him probably guilty of the crime of plunder.”

The court said the Ombudsman was only able to prove so far that Bolante deputized his subordinates to distribute the fertilizer funds to several beneficiaries, none of whom turned out to be Bolante.

The court said the Ombudsman’s evidence against Bolante is the use of the National Organization for Agricultural Enhancement and Productivity, supposedly the implementer of the farm implement program for the LGUs, but allegedly turned out to be a conduit between Bolante and Feshan for him to receive his commissions.

“All told, the evidence so far presented by the prosecution fails to establish the existence of probable cause that Bolante, by himself or with the help of his co-accused, amassed, accumulated and or acquired ill-gotten wealth… The court could already order the dismissal of the present case,” the court said in its Aug. 2014 resolution.

“However, it cannot close its eyes to the glaring badges of fraud and irregularity in the release and utilization of the P723 million fertilizer funds,” it added.

In his latest affidavit, Barredo said he was sent as a “runner” to deal with officials in signing the memoranda of agreement for the fertilizer deals and delivering these to the agriculture department where Bolante was said to have expedited the release of the funds.

READ: Fertilizer fund scam witness open to tell all, share all with Ombudsman

Barredo has also implicated several other politicians previously not part of the plunder case in his alleged deals.

He has cited a department memorandum signed by Lorenzo that was said to have fast tracked the implementation of the agriculture program.

“We sold medicines to local government units since 1997 until shortly before 2004… We began with the fertilizer transactions in 2004 before the May elections that year,” Barredo said.

“The scheme was to release the funds to the politicians before the May 2004 elections for campaign expenses… The liquid fertilizer was overpriced so there was a large profit for everyone involved,” he added.

Barredo expressed willingness to help the Ombudsman when the Sandiganbayan in Aug. 2014 remanded the case to the Ombudsman. He has also said he would like to be admitted as a state witness.

Barredo, a private fertilizer supplier, expressed willingness to help the Ombudsman when the court in Aug. 2014 found no probable cause to charge all the accused for plunder. He has also said he would like to be admitted as a state witness.

Barredo was said to be the runner for private supplier Marites Aytona, who fronted for Agriculture Undersecretary Bolante. Bolante, meanwhile, has cleared former President and now Pampanga lawmaker Arroyo in the scam, saying the release of the funds need not be approved by the President.

Aytona and Araos established the Araos Trading to become the business conduit in the scheme, Barredo said.

In 2014, Ombudsman Conchita Carpio-Morales cleared Arroyo of graft over the fertilizer fund scam for lack of evidence. CDG/rga