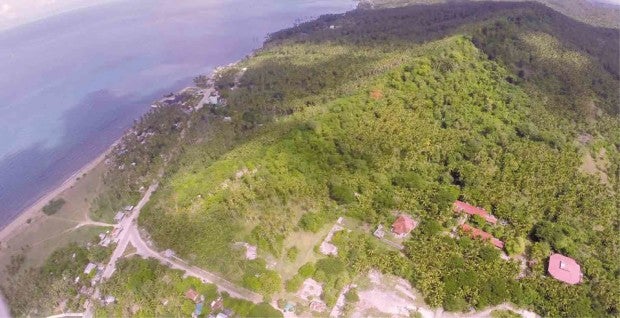 A CONFLICT between land reform beneficiaries and shareholders of a company that used to own Hacienda Tulungan (aerial view shown in photo) in the coastal town of Mulanay is among the agrarian disputes in Quezon’s Bondoc Peninsula district. DELFIN T. MALLARI JR

A case of agrarian unrest involving one of President Duterte’s key Cabinet officials has long been seething in Mulanay, a scenic town in the Bondoc Peninsula district, at the southern tip of Quezon province.

Farmers and settlers have appealed to the President to reconsider his choice of lawyer Vitaliano Aguirre II as secretary of the Department of Justice (DOJ), citing cases of repression, intimidation and harassment in Hacienda Tulungan in Mulanay’s Barangay Sta. Rosa.

“We fear that with him (Aguirre) as your DOJ secretary, more injustices will come our way in our struggle for our rights to the land that he was not even a part of,” Carlos Icaro Jr., president of Hacienda Tulungan Farmers and Settlers Association, said in Filipino during a recent interview.

Aguirre, in an interview on Tuesday, disputed the settlers’ allegations. He said some politicians, particularly Mulanay Mayor Joselito Ojeda, his cousin, influenced the tenants to turn against him.

Icaro was referring to the 212-hectare hilly estate called Hacienda Tulungan, a couple of kilometers away from the town center along the coastline of Tayabas Bay. The people of Mulanay, a first-class town located 272 km southeast of Metro Manila, primarily depend on farming and fishing for their livelihood.

The group provided the Inquirer a copy of the letter it sent to Mr. Duterte in May. It was signed by four officials and 110 of more than 150 member-settlers.

A portion of the letter, written in Filipino, said: “We regret to inform you this, but we have been experiencing different forms of repression, threats and intimidation from the new owners, led by lawyer Vitaliano Aguirre and his relatives, staking their claims on the property.”

The settlers said the late Francisco Bocobo, a resident of Malabon City, bought the property in 1986 from his earnings as a contractor in the Middle East. They said one of Bocobo’s close friends, Aguirre’s older brother, Fidel, had urged Bocobo to buy the farm planted with coconut, corn, banana and other seasonal crops.

Most of the settlers have long been occupying the land even before Bocobo acquired it. He died in 2011.

Bocobo registered the estate with the Securities and Exchange Commission under FQB+7 Inc. in May 1985. The company, with an authorized capital of P2 million, was “to engage in agricultural enterprises … in order to turn into account the resources or agricultural land and marine resources.”

Listed as incorporators and members of the board of directors were Bocobo, Fidel Aguirre, Alfredo Torres, Victoriano Santos and Victorino Santos. Vitaliano Aguirre, Abelardo Galang and Rolando Bechayda were added as subscribers.

Bocobo held the bulk of shares at 4,500 while the rest had 50 shares each. Vitaliano Aguirre was elected by the subscribers as corporate secretary and treasurer.

In the Inquirer interview, some of the settlers cited the different forms of harassment that they have been experiencing. Among these are the prohibition from building houses or even doing repairs, unfair sharing of farm proceeds, physical harm, collection of monthly fees, cursing and being ordered to vote for particular candidates.

Icaro and the more than 20 settlers said Rodolfo, Vitaliano’s younger brother who has since been acting as caretaker of the estate, was behind the supposed harassment. “They were acting as the real owners of the land, but they can’t show to us any proof of ownership,” Icaro said.

Aguirre disputed the settlers’ charges. “We have a peaceful coexistence with the tenants and they did not pay rent. We allowed them to stay,” he said.

“I never managed that land. As a lawyer of the owner, I bought that land for P2.3 million [covering] 212 ha. That’s my only participation,” he said. The settlers have occupied 40 hectares of the 60 hectares left under the management of his nephew, Rainier, he said. 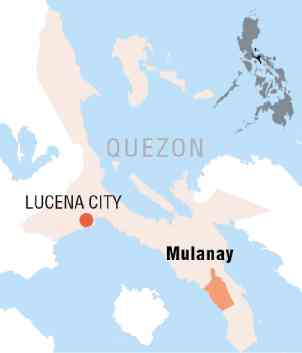 “After Typhoon ‘Glenda’ hit Mulanay, the hacienda did not harvest anything for more than a year. So Rainier, as the property administrator, asked the tenants to pay P2 per square meter. [For a] 100-sq-m [land, they needed to pay] P200 [in monthly] rental,” he said.

He said some politicians, particularly Mayor Ojeda, were behind the tenants’ moves. But the mayor denied the accusation, saying that “as [mayor], what I want is peace among my constituents.”

“Political motive is a rehashed malicious allegation. Politics has ended. I already won [as mayor]. The main issue here is the fight for justice by the settlers,” Ojeda said.

On the claims of harassment, Aguirre said: “They should have sued me if I harassed them. The letter [they sent to President Duterte] was before the elections; they were all in yellow (referring to the political color of the Liberal Party) while shown on television. They believed they can derail my appointment.”

The secretary’s brother, Rodolfo, in an interview with the Inquirer, also denied the charges hurled at him and his family. He said what his family was demanding from the settlers was “simple courtesy,” like asking their permission before any construction activity starts.

He said the Aguirres were not meddling in the electoral choices of settlers. “They are free to vote for their chosen candidates. But some of them, out of courtesy, perhaps, were asking us for our preferred candidates,” he said.

Aguirre said FQB+7 Inc. had been dissolved in 2003 and could no longer adopt any resolutions to satisfy the demand of the settlers for proof of ownership and authority. He said the heirs of Bocobo, who died before the company was dissolved, should not be the legitimate owners of the property but company stockholders like him and the heirs of his late brother, Fidel.

He said he sued Bocobo’s relatives to fight for his right as a shareholder of the company.

“I filed charges against [the relatives of] Bocobo because my 50 shares [in the company vanished]. Bocobo’s son, wife, sibling removed my shares. We reached the Manila Regional Trial Court (RTC), lost in the Court of Appeals and appealed in the Supreme Court and won. The Manila RTC has jurisdiction because the company had been dissolved in 2003,” he said.

Citing the high court ruling, Aguirre said, “The RTC still has jurisdiction declaring me as stockholder of FQB+7.”

“I was robbed. I did not rob anyone,” he said in Filipino. “The tenants were in a better position because they received 150 ha.”

“Research land titles in the whole of Quezon, there is nothing under my name,” he said.

Icaro said an estimated 150 ha of the estate were covered by the government agrarian reform program. He said 92 settlers or land reform beneficiaries received their respective certificates of land ownership award (Cloa) in 1994.

But in 1997, the Department of Agrarian Reform (DAR) revoked all the Cloas and asked the settlers to return their land.

Cornelio Villapando, head of the DAR-Quezon II office based in Gumaca town, noted serious lapses in the technical descriptions of the Cloa that needed to be corrected. He said the survey of the estate before the land distribution was conducted and approved by the Department of Environment and Natural Resources.

“There was no check and balance then,” Villapando said, citing the possible cause of the mess.

He said the technical discrepancy was discovered when one of the Cloa beneficiaries, Rodolfo Aguirre, younger brother of Secretary Aguirre, relocated his 3-ha allocation.

“When other Cloa holders also conducted their own relocations, we found out that the discrepancy was wide-ranging. The Cloa holders were even fighting with one another because of overlapping lot boundaries. So we decided to cancel all Cloa for correction,” Villapando said.

From the remaining 60 ha of the estate, which were not covered by land reform, the DAR is targeting around 30 ha more for inclusion, he said.

He said FQB+7, as the registered landowner, is entitled to only 5-ha retention right, including the “rejected portion” of the estate.

Villapando considered the remaining part of the hacienda—around 30 ha—rejected due to its rocky location, presence of two schools, roads and undeveloped areas like the seashore.

He said the Land Bank of the Philippines did not provide an estimated value for the portion classified as rejected. The local government has included some portions of the estate under its land development and zoning areas.

Citing records, Villapando said the government deposited P4.3 million to Landbank on Dec. 29, 1993, as payment for land acquisition. However, the DAR has no record showing that FQB+7 had already withdrawn the money. “But even if they have not yet collected the money, the land is considered already paid,” he said.

FQB+7 Inc. has no more legal rights to areas covered by agrarian reform in Hacienda Tulungan, the DAR official said. The landowner can only exercise ownership over other portions of the estate outside of areas already covered by the Comprehensive Agrarian Reform Program, he added.

Villapando said every agrarian reform beneficiary has all the right to their land. “They should defend their rights when violated,” he said.