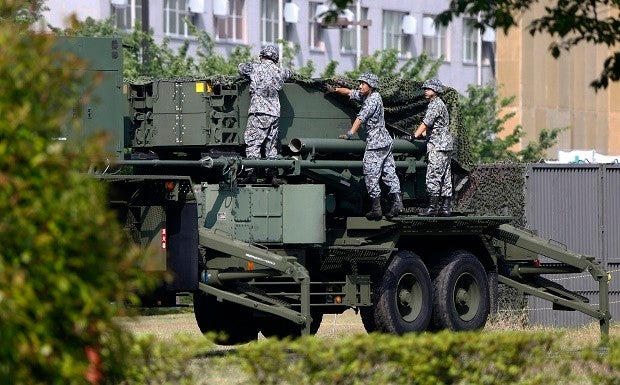 China firmly opposes and is strongly dissatisfied with a Japanese defense white paper that is “full of lies”, Defense Ministry spokesman Wu Qian said on Tuesday.

The report, approved by the Japanese Cabinet, plays up the South China Sea and East China Sea issues in a groundless manner and attempts to stir up trouble behind the scenes, from which Japan seeks to benefit, Wu said.

Japan is attempting to make excuses for its adjustment of military and security policy, military expansion and even amending the Constitution, which should trigger great concern among the international community, he added.

The 484-page white paper allocates several more pages to each country, including China and Russia, than the previous report.

It devotes more words to China than other regional powers such as Russia and the Democratic People’s Republic of Korea. It also describes China’s reclamation work in the South China Sea as a “provocation”.

“China is carrying out reforms to the People’s Liberation Army, which some see as being the largest in the country’s history,” the report says. “Recently, the reforms have taken place at a rapid pace.”

Lyu Yaodong, director of the Foreign Policy Researcher Center at the Chinese Academy of Social Sciences’ Institute of Japanese Studies, said Japan has exaggerated China’s maritime threat in recent years, and its real aim is to make excuses for its military expansion.

“It is expected that Inada will play hardball in Japan’s various territorial conflicts with surrounding countries including China,” he said.

Wang Ping, a senior researcher of Japanese studies at the Chinese Academy of Social Sciences, said Abe is trying to push Japan to become a military power, and nominating a right-wing politician is part of his efforts.