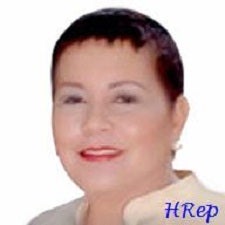 Zamboanga del Sur congresswoman Aurora Cerilles was charged before the Sandiganbayan with graft over the alleged anomalous procurement of solar lights when she was a governor in 2008.

In a statement Wednesday, the Office of the Ombudsman said it affirmed the filing of graft charges or violation of Section 3(e) of the Anti-Graft and Corrupt Practices Act against Cerilles and members of the Bids and Awards Committee –Dr. Rino Soria, Atty. Mark Anthony Padayhag, Wenefreda Cañada and Evelyn Pununcialman.

In its investigation, the Ombudsman said Cerilles in 2008 authorized the procurement for 40 sets of solar lights worth P14.9 million for the Dumalinao municipality without public bidding.

The fund for the procurement came from the Priority Development Assistance Fund of then congressman Antonio Cerilles.

The Commission on Audit noted the absence of public bidding and that Cerilles approved the procurement through direct contracting.

The lack of public bidding gave undue preference to the supplier Willstrong Becker Philippines, which was awarded the contract on March 11, 2008, the same day the Bids and Awards Committee received the price quotation from Willstrong.

“Respondents’ preference of awarding the contract to Willstrong Becker Philippines was evident when they extended undue accommodation to the latter,” the Ombudsman said in its Joint Order.

“(R)ecords show that on the same day [11 March 2008] that Willstrong’s price quotation was received, respondent BAC members immediately convened and passed a resolution recommending the resort to Direct Contracting and award the contract to [Willstrong],” it added.

The Ombudsman also said the BAC resolution awarding the contract to Willstrong was approved on the same day by Cerilles.

“(I)t took the procuring entity only three days to consummate the transaction from the date Willstrong submitted its quotation,” the Ombudsman said. CDG