Glitch in UP online enrollment system traced to DoS attack 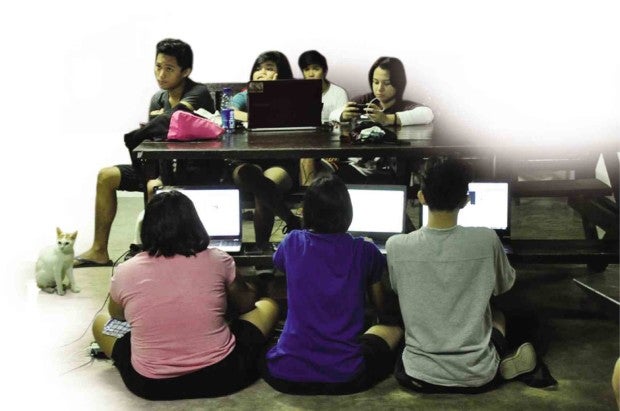 STUDENTS try to access the Student Academic Information System website on their gadgets at a dormitory inside the University of the Philippines Los Baños campus in Laguna. BONG RANES/CONTRIBUTOR

LOS BAÑOS, Laguna—Complaints over glitches in the online enrollment system used by students of the University of the Philippines Los Baños (UPLB) have prompted calls for a congressional investigation of a project that upgraded the premier state university’s information systems.

On Monday, Kabataan Rep. Sarah Jane Elago filed a resolution seeking to investigate the eUP, a flagship project of UP president Alfredo Pascual to modernize and streamline the university’s database across all its campuses.

In 2012, UP partnered with ePLDT and telecommunications giant, Smart Communications Inc., for the six-year project that runs a program using computer software, Oracle.

UP, in its website, said it spent P135 million for the core information systems alone, but the All UP Academic Employees Union-UPLB (AUPAEU) said the entire eUP project cost more.

One of the information systems of the eUP is the Student Academic Information System (Sais), a data management system that also allows students to pre-enlist in courses offered for the first semester this school year.

In UPLB, SAIS replaced SystemOne, an online registration system developed by UPLB’s own computer experts in 2007. Sais is also being used this semester in UP campuses in the cities of Manila, Cebu and Baguio.

The online enrollment that started July 29, however, was marred by system errors, with several students complaining of failing to access the Sais website.

Over the weekend, hundreds of students were forced to stay outdoors until the wee hours, lugging laptops, smartphones and other electronic gadgets, hoping to log into the system using UPLB’s Wi-Fi connection.

Merwin Alinea, University Student Council chair, said the Sais system worked on Sunday afternoon, but students interviewed by the Inquirer said slots for some courses had been limited.

Mary Aubrey Khaye Mercado, a statistics student, said parents had to accompany their children around the campus while trying to access the website.

“I wish they would go back to SystemOne. That was used last semester, and the enlistment went on smoothly,” said Enrico Volante, an electrical engineering student.

AUPAEU, in a statement, said it “has been the longest and most frustrating registration period for UPLB students,” noting that similar glitches were also experienced by students and teachers in UP Manila.

“Sais uses proprietary software from Oracle and has reportedly cost over P24 million for the initial rollout. It should be noted that the various UP units, including UPLB, already have registration systems that function way better than Sais and cost just a fraction of the current system,” Elago’s resolution read.

“We need to see if UP was shorthanded in entering this contract with private entities,” it added.

The Office of the University Registrar said classes would proceed as scheduled on Aug. 3 despite the delay.

In a statement, the eUP team apologized for the Sais downtime.

“No one is more regretful for this lapse than we are,” it said.

In another statement on its website, UP said the system error was a deliberate attack on the student database.

It said Sais was target of a “denial of service (DoS)” attack, which it described as “an attempt to make online service unavailable by overwhelming it with traffic from one or more sources.”

The statement quoted eUP Project team head Dr. Annette Lagman as saying while Sais has been secured from DoS attack “from known overseas attackers,” investigation showed that “the attack was carried out from the Philippines” leading to more than 4 million hits in just two days.

“This consequently overloaded the system and rendered it unstable,” the statement said.