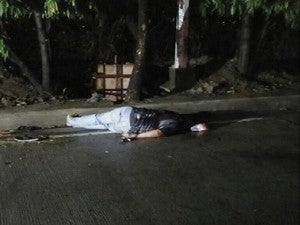 SAN PEDRO CITY, Laguna — A suspected drug pusher was killed after he engaged policemen in a firefight during a drug bust in Pililla town in Rizal province on Monday night, police said on Tuesday.

A report from the Rizal provincial police said the suspect, identified only as “Sinag,” fired at policemen who tried to arrest him in Sitio Tipi, Barangay Hulo at 10 p.m. Monday.

The suspect died instantly when he was hit in the ensuing gunfight.  SFM