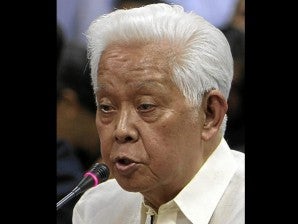 Brillantes told reporters that the joint committee would be able to determine whether the six officials with links to the notorious former Election Commissioner Virgilio “Garci” Garcillano were involved in poll fraud.

“If there are cases [against the ‘Garci boys’], we can act on them,” he said.

Brillantes was reacting to Senate Minority Leader Alan Peter Cayetano’s statement that the “Garci boys” should be removed from the Comelec to protect future elections from fraud.

The six have been identified with Garcillano and mentioned in the tapped phone conversations supposedly between the latter and then President Gloria Macapagal-Arroyo discussing the rigging of the results of the 2004 polls.

Asked what could be the legal action against those who would be charged by the joint committee in connection with poll fraud,  Brillantes said: “In that event, we could at the least suspend them.”

Brillantes had earlier disowned responsibility for the promotion of the “Garci boys.”

He said that the six were already at their respective posts when he became Comelec chairman in January, and that they had no pending cases related to the 2004 and 2007 elections.