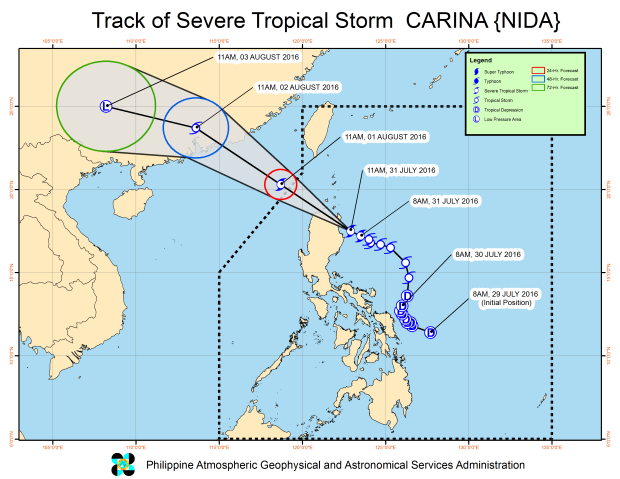 Carina made its landfall over Cabutunan point and is now traversing Northern Cagayan.

It still packs maximum sustained winds of up to 95 kilometers per hour (kph) near the center and gusts of up to 120 kph.

It is also moving in a west northwest direction at 20 kph.

Pagasa also warned areas under Signal No. 2 and 1, Calabarzon, Mimaropa, rest of Central and of Northern Luzon and the Camarines provinces against moderate to heavy rains which may trigger flash floods and landslides.

If it keeps its speed, Carina will leave the Philippine Area of Responsibility (PAR) by Tuesday morning. AJH/JE/rga