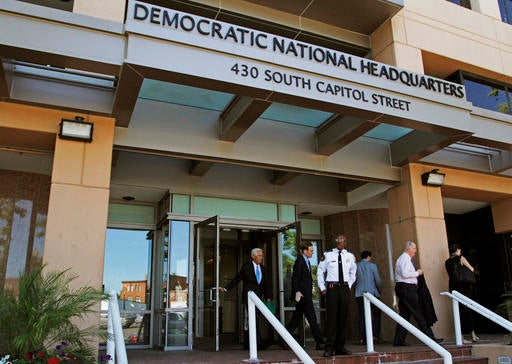 WASHINGTON—US Democrats said Friday they had been targeted by yet another cyberattack, while Hillary Clinton’s campaign confirmed that an analytics program it used was breached in an earlier intrusion.

Clinton’s campaign has blamed Russia for hacking the emails, which were made public by anti-secrecy website WikiLeaks.

The Kremlin has dismissed the allegations as absurd, but US President Barack Obama has refused to rule out the possibility that Russia is trying to sway the presidential election in favor of Donald Trump.

Clinton’s campaign said Friday the hack on the DNC had accessed an analytics data program that it used. The program was maintained by the DNC, it said.

“Our campaign computer system has been under review by outside cyber security experts,” campaign spokesman Nick Merrill said in a statement.

“To date, they have found no evidence that our internal systems have been compromised.”

Meanwhile, the Democratic Congressional Campaign Committee (DCCC) said Friday it was the target of a “cyber security incident.”

“The investigation is ongoing. Based on the information we have to date, we’ve been advised by investigators that this is similar to other recent incidents, including the DNC breach,” national press secretary Meredith Kelly said in a statement.

The DCCC was working to enhance its network security and “cooperating with the federal law enforcement with respect to their ongoing investigation,” she said.

The Federal Bureau of Investigation said it was working to determine the “accuracy, nature and scope” of reports of cyber intrusions “involving multiple political entities.”

“The cyber threat environment continues to evolve as cyber actors target all sectors and their data. The FBI takes seriously any allegations of intrusions, and we will continue to hold accountable those who pose a threat in cyberspace,” the agency said.

US Secretary of State John Kerry raised the DNC hack with his Russian counterpart Sergei Lavrov in Laos earlier this week.

“Secretary Kerry has noted that we’ve been concerned about Russia’s activity in this space for quite some time,” White House spokesman Eric Schultz said Friday.

“I suspect that won’t be the last time they have a conversation about this,” he added.